While back in Nigeria on a spiritual retreat in 2014, after a terrible traumatic situation that I personally had to face, I found time to visit my late aunt’s husband, Professor Sunday Itauma Ette, a US-trained biochemist.

Doubly victimized by the 9/11 saga, Professor Ette, I believe never fully recovered from the trauma of losing both his first daughter, Sadie, who doubled as an accountant and an undercover FBI agent and his beloved wife who was my aunt, Ekaette. Sadie died in the World Trade Center bombing while her mother took ill and passed on in September 2007, exactly six years after, due most obviously from the grief of losing a daughter.

Of course, my 2014 visit took place seven years after I had the painful responsibility of escorting my aunt’s body from New York where she died back to the Mkporek, Akwa Ibom country home of her husband in Nigeria. During that visit, we broached and discussed several family matters which of course included what the family had been put through as a result of Sadie’s death in the hands of terrorists. By the way, Sadie was a co-worker of the Michael Lomonaco, the chef at the Windows of the World Restaurant in the World Trade Center whose miraculous survival was featured in the Money Watch magazine.

Professor Ette’s remark about my efforts in facilitating that he and my aunt travel to New York to attend the State funeral for Sadie still remains with me, and will most likely remain with me for a long time.

One year after that visit, the erudite academic himself transitioned to the great beyond ostensibly to join his dear wife, my aunt, Ekaette and beloved daughter, Sadie. As I recall the life of this great scientist of African heritage who ensured a great foundation for not only his family but for all those who passed through his tutelage, I ruminated on the transience of life and how a confluence of events could literally transform the trajectory of one’s course.

This month as Americans remember the sad event of this murderous act, family members of the victims continue to rue with a heavy heart what should and could have been. For me, I remember with nostalgic pride the important role that Professor Ette played in the foundation of my formative years when I had the vaulting joy of spending most of my vacation from school with his family.

Professor Sunday Itauma Ette was born in Mkpok, Eket in the presentday Akwa Ibom State on May 24, 1934. He was the oldest of five children born to Pa Itauma Ette and Sadie Ette.

Professor Ette’s interest in imparting knowledge to others was established early in his life and continued until he passed away in 2015.

After his primary and secondary education in Eket he started college at the Teacher’s Training College in Uyo. After graduating with a Teacher’s Certificate in 1953 he taught for a few years in the area before departing for the USA in 1958 to study at the Lincoln University from where he graduated with a Bachelor of Science degree in chemistry in 1961.

A scholarship in 1959 from the African-American Institute (AAI) enabled Professor Ette to finish his undergraduate studies at Lincoln University in Pennsylvania.

Professor Ette later taught at the Tuskegee Institute in Alabama before going on to accumulate more academic laurels.

In 1962, Professor Ette became a recipient of the prestigious National Science Foundation (NSF) Fellowship that enabled him to pursue a postgraduate degree course at the Atlanta University in Georgia from where he graduated with a M.Sc. in Chemistry in 1965.

Professor Ette was also a Phelps Stokes Foundation Scholar while he was at Atlanta University. The Phelps Stokes Fund (PS) is a nonprofit fund established in 1911 and it is especially renowned for promoting educational initiatives in the US’s South and British colonial Africa at the time.

After finishing a Master of Science degree program, Professor Ette and his family lived in the Atlanta area where he worked and had their first child Sadie who was to pay the ultimate price for the country of her birth, the United States of America! 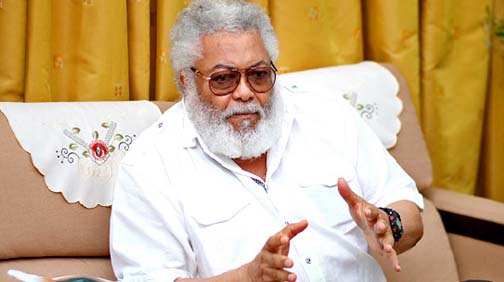 Ghana’s Third Republic lasted for just two years – from September 24, 1979 to December 31, 1981. Jerry Rawlings book-ended these two events. In 1979 he stepped aside following an election narrowly won by Dr. Hilla Limann. Rawlings had come to power on the back of a coup three months earlier.