This is the section that provides answers to your various health and wellness issues, especially for people of African descent – holistic, diagnostic, curative, historical, and intervention. Our experts will assist with tips on how to improve your quality of life.
Menu

As a Person of Color: Do You Want to Know Why Sickle Cell is Likely to be In Your Bloodline? 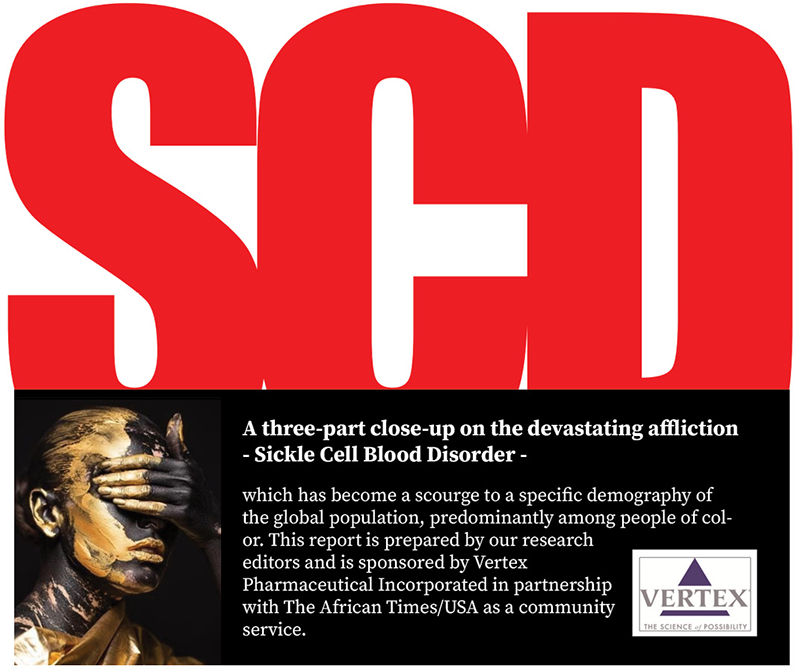 Over the years, cause of many a death among people of color in America and around the world has undoubtedly been medically misdiagnosed. This costly gaffe is as a result of the disconnect between  medical sciences and the empirical historical realities associated with the origin of Sickle Cell Disease (SCD) and Sickle Cell Traits (SCT).

In this three-part feature article, our team of research editors and writers worked on, and hereby presents incontrovertible facts about this often “mysterious” health condition that has not only devastated families but has taken a huge toll on the economics of people of African descent, be it in the Americas, Africa, the Caribbean, Middle East, Europe or Asia. This three-part feature article begins with the history and geo-strategic nature of SCD and SCT.

We will also share with you scientific programs that are now on stream to ameliorate the impact of this blood disorder on the affected demography.

If you are in the endangered group, please read on, and do feel free to share your own personal experiences with us at editor@theafricantimes.com.

Below is the first part of the historical segment of the study:

A neglected, double-edged sword blood disorder – with one side that protects against malaria and the other, an insidious blood condition, not generally well recognized, that is a trigger for many of today’s diseases,  ailments and excruciating  suffering. The disease is caused by a two-letter change, or mutation, in human DNA.

SCD is a major cause of mortality among newborns – between 50% and 90% of children world-wide  die before reaching the age of five. In the US, this has been substantially reduced through the introduction of penicillin and other new drug therapies, however caution needs to be exercised. It is estimated that without interventions, over half of newborns die before celebrating their fifth birthday.

Nevertheless, this mortality rate continues to be a major threat to communities of color due to unfamiliarity with SCD at the time of birth by both the parents and the medical community.  Key point is that SCD needs to be monitored and treated especially in the children’s teenage years, and thereafter as adults.

SCD remains a very silent disease which families and individuals rarely speak of outside their familial circle. Typically, they suffer in silence and become caregivers to the other family members who unfortunately will all have SCD,  since SCD is an inherited DNA variant passed on from parents to the child. The affected families live with instability, hardship, fear, and lack of outside support.

Center for Disease Control and Prevention (CDC) has officially stated that the exact number of people living with SCD in the U.S. is still unknown, the official assumptions therefore are that:  SCD is affecting close to 200,000 Americans, and that over 2 million have SCD trait (SCT).

Most critical is the fact that SCD places an incredible financial and economic burden on individuals, the families plus clogging up the emergency medical services system, ranging from the local ER facilities to all the governmental SCD support groups.

The UN General Assembly in 2008 recognized SCD as a public health challenge due to concerns over mortality and morbidity worldwide. SCD is estimated to affect over 40 million people, principally in West and Central Africa, the Sahara, the United States, Saudi Arabia and general Middle East sub-region, India, Caribbean nations and South America. 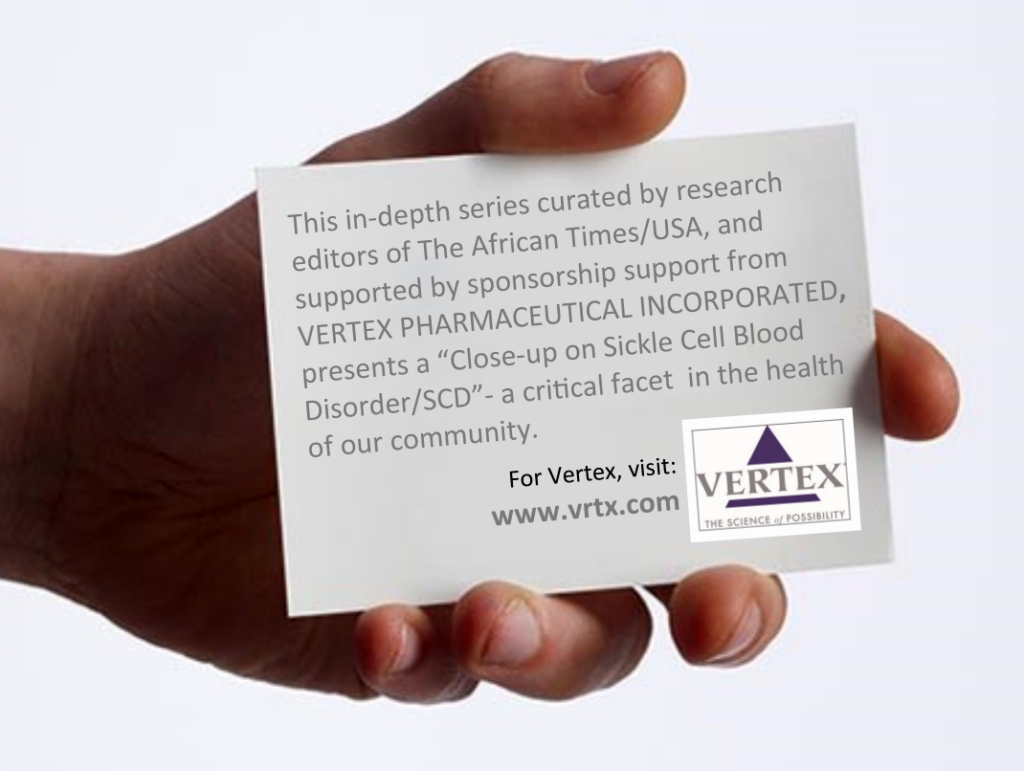 SCD is a group of inherited, genetic blood disorders. The condition can cause extreme pain and is not preventable, nor is it communicable. People with SCD are at risk of life-threatening infections. These include pneumonia and meningitis. They are also at risk of other complications such as stroke or loss of vision. And if untreated, sickle cell disease can prove fatal.

People with sickle cell anemia (SCD) have inherited two abnormal hemoglobin genes that cause their red blood cells to become rigid, and sickle shaped. When these stiff and sticky cells clump together, they can impede blood flow and lead to severe, disabling  pain, and unpredictably trigger any of the physical abnormalities and diseases, unfortunately not recognized as triggered by the SCD blood disorder.

More than three million Americans carry one copy of the abnormal gene. This, they have inherited, with one sickle cell gene and one normal hemoglobin gene  (whereby one parent has SCD and the other does not).  This condition is termed as Sickle Cell Trait (SCT). While those with SCT usually have no signs of disease and live a normal life, they can pass the flawed gene to their children and based on more recent studies they should continue to be aware of their condition.