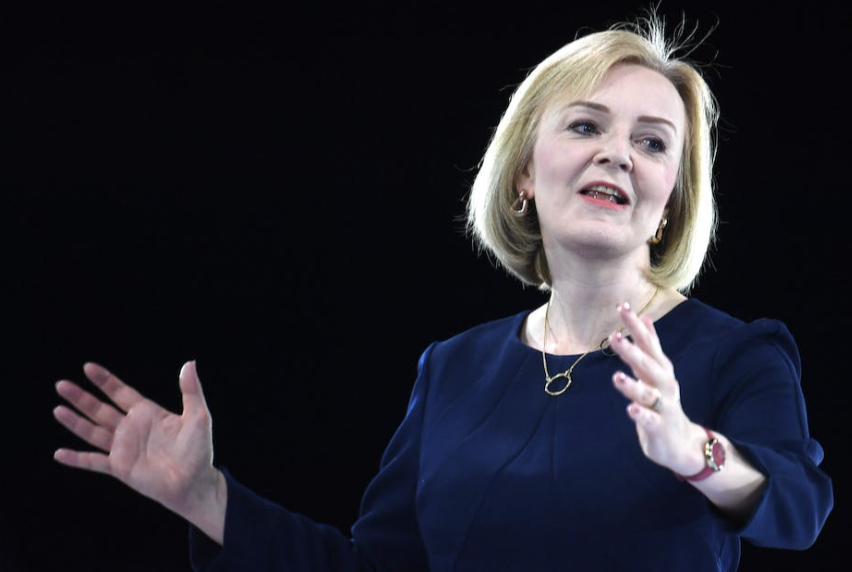 New British Prime Minister Liz Truss has never said much in public about Africa. However, her recent appoints of Olukemi Olufunto Badenoch (nee: Adegoke) and Kwasi Kwarteng, descendants of African immigrants into top posts in her cabinet may suggest that she has Africa on her mind.

In my view, her administration must pay more attention to its relationship with Africa. African countries are increasingly important partners both in geostrategic and material terms. Neglecting them will weaken Britain itself and diminish its global role.

Britain’s relations with Africa have been deep and long-standing.

The slave trade and colonial period have left conflicted legacies, but in the 60 years since African countries gained independence, British governments have generally sought to maintain close links with those where English is spoken. Human, cultural and commercial links have remained strong.

Since 2010, however, Africa has fallen steadily down the priority list. Theresa May paid a brief, dancing visit in 2018, but Boris Johnson’s only visit as prime minister was to the Commonwealth summit in Kigali this June. It only underlined Britain’s weakening influence on the organization as Britain failed to secure their its preferred candidate as secretary general.

With the world’s fastest growing population, Africa is increasingly vital for the global response to climate change. It has a major carbon sink in the Congo rainforest and is a source of the minerals needed to power a low carbon future.

Global food supplies will also come under increased pressure unless an agricultural revolution enables Africa to feed itself. And in a world of geopolitical competition, the support of Africa’s 54 votes in the United Nations will be crucial if an effective multilateral system is to be preserved.

Since 2000, Africa has shown itself as a continent of extraordinary economic dynamism, but it still has to overcome major challenges if it is to realize its potential. It is very much in Britain’s interests to help it do so.

The COVID pandemic and Ukraine war have had a disproportionate impact on Africa, compounding the difficulties created by climate change, internal instability and international inequalities.

This matters to Britain for a number of reasons. There are up to three million people of African heritage in the UK. Most are citizens who have lived in the UK all their lives, but many also have strong family and business links to Africa.

People continue to flow back and forth in large numbers. So, while the historical legacy of slavery and colonialism remain points of contention, cultural, educational, commercial and financial links between Britain and Africa unavoidably tie the two together.

These facts will not change. But British government policy will have an impact on the positive (or negative) potential of the relationship.

Brexit and the changing world

Since the Brexit vote in 2016, British governments have paid scant attention to Africa despite the declared intention to diversify Britain’s international partnerships. The review of foreign and security policy in 2021 made sensible proposals, focusing on the major economies. But its credibility was undermined by the swift and brutal cutting of aid programs from 0.7% to 0.5% of GDP in 2020, which did as much damage to Britain’s reputation as  to the fight against poverty.

The government’s new Strategy for International Development, published in May 2022, had Liz Truss’s fingerprints all over it. She was secretary of state for foreign, Commonwealth and development affairs at the time. It did little to repair the damage. It narrowed the focus of aid away from poverty reduction and improved governance to supporting women and girls, action on climate and health challenges, and humanitarian relief. All are worthy in themselves, but with an emphasis on what Britain could bring to Africa, rather than supporting Africa’s own priorities.

Truss initiated a re-brand of the UK’s respected development investment fund CDC, as “British International Investment” which will remain a major investor in Africa, particularly in renewable energy and infrastructure. The government plans to continue its annual UK-Africa investment summits inaugurated in 2020 in London, just before COVID hit.

But if this marks a systematic shift from aid to investment, this has been neither communicated to – nor understood by – Britain’s African partners. Neither as international trade secretary nor as foreign secretary has Truss visited Africa. She has made only one speech on Africa in recent years.

Nor is there any hint that the government recognizes the changed international context. The war in Ukraine has highlighted that international support is essential to stop the conflict. But much of Africa is choosing to sit on the fence, rather than join those defending Ukraine’s sovereignty and integrity.

The war’s global impact is increasing political as well as economic strains in Africa. Incumbent governments, democratic as well as autocratic, are under pressure from protests about rising food prices and falling job opportunities. There is a risk, already seen in Guinea, Burkina Faso and Tunisia, that democratic politics is perceived to have failed to have deliver the promised benefits, and that authoritarian alternatives might as well be given a chance.

That plays exactly into Russian president Vladimir Putin’s hands. From Russia’s point of view, the more chaos in Africa the better, as Russia’s priority is purely to support client governments, not make people prosperous, free or happy.

The United States has recognized this risk. Its new Africa strategy marks two important shifts. One is that the US is listening to African priorities, not imposing its own – a version of the European Union’s longer-standing “partnership of equals” with the African Union and its members. And it will back countries that support openness and democracy.

Alongside this, the US will help repair the economic damage wrought by the pandemic, support key infrastructure and help African countries adapt to climate change. In this, too, it is pursuing a policy in tune with the EU’s collective priorities for its partnership with Africa.

Some officials and experts are keen for Britain’s new government to share this approach. They understand that neglecting Africa is costing Britain badly needed international support at the United Nations, in the Commonwealth and elsewhere. They would also like to see an explicit and public strategy that pushes Africa back up the priority list, together with more active political engagement.

But as long as British foreign policy is based on an illusion, a denial of the reality that Brexit has weakened the country economically and diplomatically, such a rational policy is unlikely to gain much traction in No 10.