The Economist reports that most of Africa’s data are currently stored outside of Africa, zipping down undersea cables that often make landfall either in the French city of Marseille for Europe and Middle East or one of the Canary Islands for the Americas. These centers not only service communications, but are depositories of the African countries’ government records, from individual driver’s license and birth certificates to their international dealings.

Via Marseille a message from the continent’s southern tip it can take 180 milliseconds for it to reach Europe and back—long enough to frustrate people trying to trade shares or play games. But a flurry of investment in data centers is now bringing the internet closer to users, laying the ground for a digital revolution. An upheaval is overdue. Africa has more internet users than America, but only as much data-center space as Switzerland.

Africa’s demand is soaring as more people get online. Since 2016 capacity on the continent has doubled to around 250 megawatts (power usage is a common measure of capacity). Such is the rate of growth that another 1,200 megawatts will be needed by 2030. The boom is partly driven by regulations. Two dozen African countries have passed data-protection laws or are planning to do so. They often require certain data, such as personal information, to be kept in the country. Another boost comes from competition, says Jan Hnizdo of Teraco, a leading data center in South Africa, where liberalization of the telecoms industry created space for such firms to flourish. Capital is pouring in. 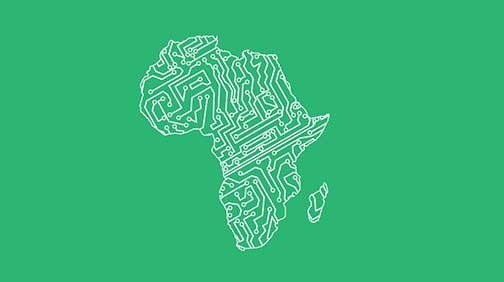