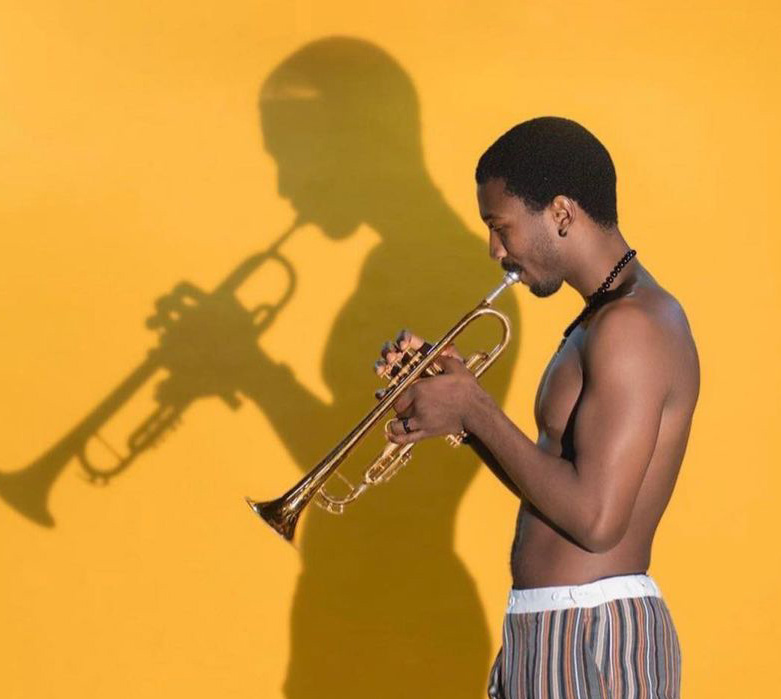 There are a record number of African nominees for the 2022 Grammy Awards and they are almost all from West Africa – Angelique Kidjo (Benin), Rocky Duwani (Ghana), Femi Kuti, Made Kuti, Wizkid, Burna Boy and Tems (Nigeria).

Most of these artists are also proponents of Afro-beat (Femi and Made Kuti, following the musical and political form defined by Fela Kuti) or new breed Afro-beat (Wizkid, Burna Boy and Tems). Kidjo, too, has admitted to being influenced by Fela.

There have been extensive conversations on the differences and similarities of Afrobeat and Afrobeats. But within this selection of Grammy nominees what is immediately obvious are the lines where the two genres come together.

It is interesting to observe the dissemination of Fela’s legacy in the form of the varied work of his numerous musical children many of whom pay direct homage to him by copious sampling and outright imitation.

Fela’s dominance of the music scene spanned the 1970s and 1980s. After he was incarcerated by the Nigerian military authorities in 1984, his
son Femi steadily began to come into his own musically. Femi is still decidedly more old school Afrobeat than new school Afrobeats. He served a long musical tutelage under Fela and struggled to carve his own artistic niche but would always be seen primarily as an Afro-beat musician.

Femi, visually and politically speaking, is a much safer bet than his father. He has avoided needless controversy and partnered with a wide variety of globally accomplished US musicians such as pianist Randy Weston, rapper Mos Def and singer Macy Gray amongst other noted collaborations. Femi has received six Grammy nominations.

Fela had never fitted the Grammy mould due to his uncommercially lengthy compositions, controversial nature and outright rebelliousness. But none doubted his musical genius. In many ways, he is irrevocably fastened to the classical Afrobeat template in terms of lyrical acuity, political awareness, aesthetic definition and spiritual curiosity.

Initially, Femi may have been tempted to adopt the title of Afrobeat heir apparent and might have short-changed himself in the process. But it is never a wise proposition to try and imitate Fela. Instead, what is possible and also judicious is to attempt to assimilate parts of his vast legacy rather than the whole of it. And this is precisely what the current Afrobeats stars are doing.

Made, Femi’s son and Fela’s grandson, is more removed from his domineering grandfather’s influence and so he is able to explore his vast musical heritage at his own pace and with much less external pressure. Yet still Made is closely linked to his father, and music and not controversial politics, is what essentially motivates him. Up for his first Grammy, he is more mellow and likeable than his fiery grandfather.

If Femi and Made represent the old guard of Afrobeat and an ever-growing legacy in Nigerian music then Wizkid, Burna Boy and Tems are the poster children of the now and the future.

Burna Boy’s connections to the Kuti dynasty also run deep. His maternal grandfather, Benson Idonije, the revered broadcaster and jazz aficionado, was Fela’s manager in the 1960s. Fela himself had been a broadcaster until he decided to cast his lot full time in the music industry. There is a raunchy video of Burna’s mother, Bose, dancing on stage beneath a bare-chested Fela, part of Fela’s sprawling entourage.

Burna has sampled numerous Fela songs – such as Soke and Ye – and he is open about his indebtedness to the maestro. Burna’s sociopolitical vision, cadences and musical flow are lifted straight from Fela.

Wizkid, on the other hand, is slightly more circumspect in his sampling of Fela tunes. But arguably his biggest hit, Joro, approaching 200 million views on YouTube, is derived from the “Joro jara joro” refrain in Fela’s famous incendiary song, Zombie. Wizkid also collaborated with Femi earlier in his career as if he were seeking an authentic Afrobeat imprimatur.

Tems, the youngest of the lot, is probably the least directly influenced by Fela’s Afrobeat. She is more indebted to US R&B and soul music. Her deep, sultry voice is combined with a style and vibe leaning towards the Afrocentric Afrobeat look. But there are many more artists in the wings, angling for the future Afrobeats spotlight – among them Rema, Buju, Joeboy, Omah Lay, FireboyDML, Olakira, Ckay, Jaywillz and Asake.

Here is where Afrobeat differs from Afrobeats. Fela shunned crass materialism and he had an almost Robin Hood mentality in the dispensation of personal wealth. He avoided the consumerist flexing of today’s pop stars.

Burna Boy has finally come into his own as a mature artist. His politically conscious, Grammy-winning last album, Twice as Tall, rails against colonialism, global oppression and racism. But Burna’s lifestyle and personal values are saying something else. He is enthralled with large and flamboyant chains and necklaces, Lamborghinis and trophy girlfriends and other trappings of celebrity hip-hop culture while also attempting to burnish his mystique as a serious artist. He was difficult to find when the youthful #EndSARS protesters in Nigeria recently needed local celebrity voices to aid their cause.

Wizkid has no lofty pretensions. His main concerns, also evident in his most recent album, Made In Lagos, are beautiful girls, matters of the heart, club dance floor domination and A-list celebrity status.

Afro-beat is no longer confined to Nigeria, Ghana or West Africa alone. Artists from southern Africa, Rwanda, the UK and Europe have all been bitten by the bug. The global acceptance of Afro-beat can be perceived at several levels. First of all, there are superstar Beyoncé’s collaborations with Wizkid, Burna, Tiwa Savage and Yemi Alade on her Black Is King album. Justin Bieber was quite happy to hop on the re-mix of Wizkid’s global hit, Essence. There are also Burna’s collaborations with Sam Smith, Stormzy, Pop Smoke and Jorja Smith to think about. Or Fireboy DML’s chart-storming collaboration, Peru, with Ed Sheeran.

Indeed, these massive crossovers are telling an unambiguous story: Afrobeat has acquired global legitimacy because it brings a unique swag and flavor to an otherwise jaded music scene. It is a swag that has roots all the way back to Fela Kuti.