Inside the lives of Brazil’s quilombos: Forging An African Identity In Resistance

Afro-Brazilians find strength in the nearly 6,000 communities established by ancestors who escaped slavery.

Beginning as early as 1530 and continuing for the next 350-plus years, ships brought more enslaved Africans to Brazil—some 4.8 million—than to any other nation in the Americas. By 1888, when slavery in Brazil was formally abolished, many captives had escaped to remote areas and founded their own communities. These came to be known as quilombos. But in Brazil today, the word has come to mean much more.

Quilombos, also known as kilombos, have become symbols of the long struggle against bondage and oppression in a country where racism and stigmatization remain sources of contention. They represent “the struggle to recognize the rights of Blacks, and the role that Blacks played in the whole process of violence that began with the kidnapping from African territory,” says Givania Silva, executive director of the National Coordination of Articulation of Rural Black Quilombola Communities (CONAQ).

Silva was born in a quilombo in Pernambuco, a state on the east coast of Brazil, where thousands of enslaved people disembarked from ships during the Atlantic slave trade. It’s also close to where the largest and most famous quilombo, known as Palmares, was established. Palmares grew to include more than 20,000 residents. The settlement was destroyed by Portuguese forces in 1695, but it remains a historic symbol of resistance.

Belonging to a quilombo is not primarily about the color of one’s skin, says Silva. Rather, the common bond is “the relationship that that group established in the process of resistance to slavery. The word was taken to mean a group of people who fight, who resist, who reorganize.

The rise of quilombos

An estimated 5,900 quilombos are spread across Brazil, according to official statistics. (CONAQ places the number at about 6,500.) In 1988 the country’s constitution was amended to formally recognize the right of Afro-descendants living in the quilombos to obtain titles to the land, but less than 10 percent of the communities have been granted ownership.

Racial strife has deep roots in Brazil, the last nation in the Western Hemisphere to abolish slavery. Persistent inequality and historical remembrance remain sources of debate.

“Abolition is told as something that brought only benefits to Blacks, when in fact the way in which abolition was executed left Blacks on the street, homeless and landless,” says Silva. “That remains so to this day.”

Nearly 56 percent of Brazilians identify as Afro-descendants, according to the Brazilian Institute of Geography and Statistics, yet the majority of leadership positions in business, politics, and the arts are held by whites. And the average income of Afro-Brazilians is almost half that of whites, according to a study conducted in 2020. That wage gap ratio has barely changed in at least a decade. 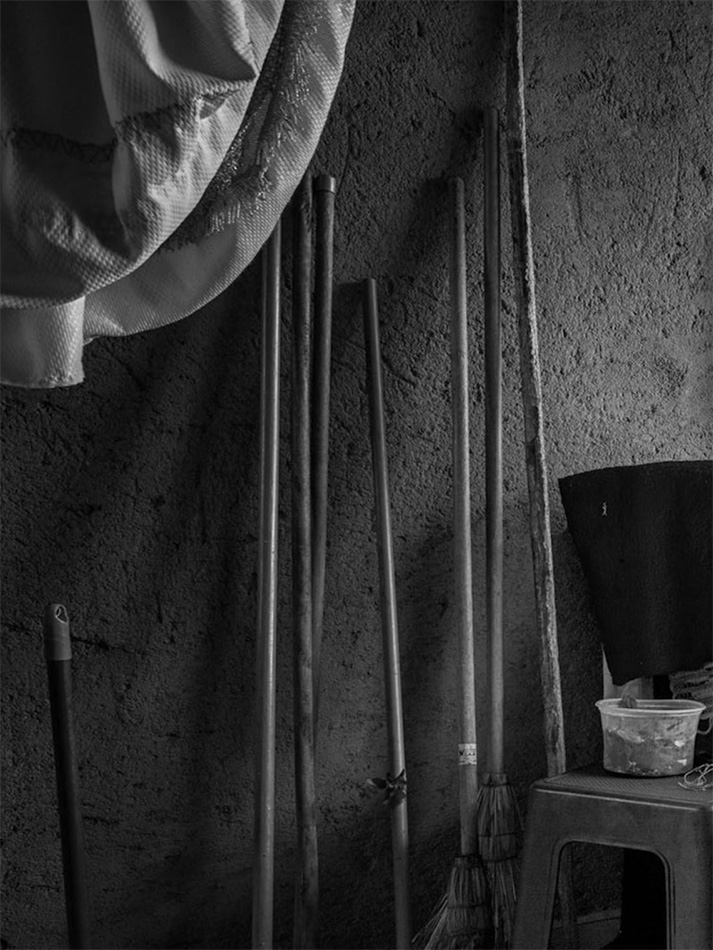 Maria Jos  de Deus is among the residents of quilombos established by formerly enslaved ancestors who escaped their captors. More than 4.8 million…Read More 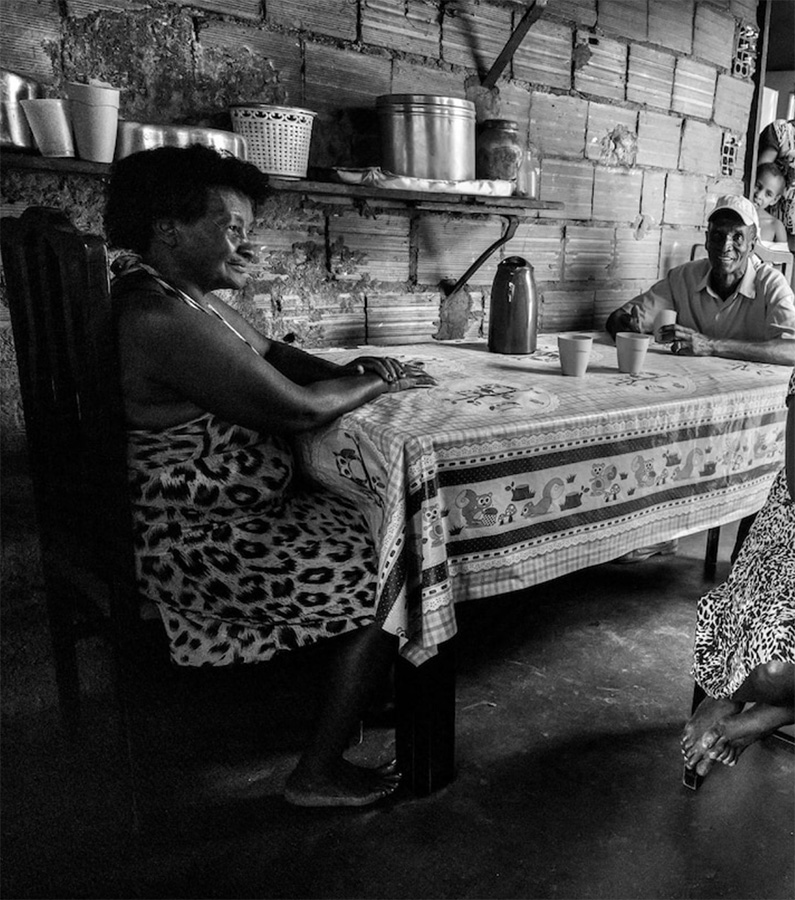 The Moreira family, descendants of formerly enslaved people, have lived in this quilombo in Paraopeba in the northeast state of Minas Gerais since…Read More 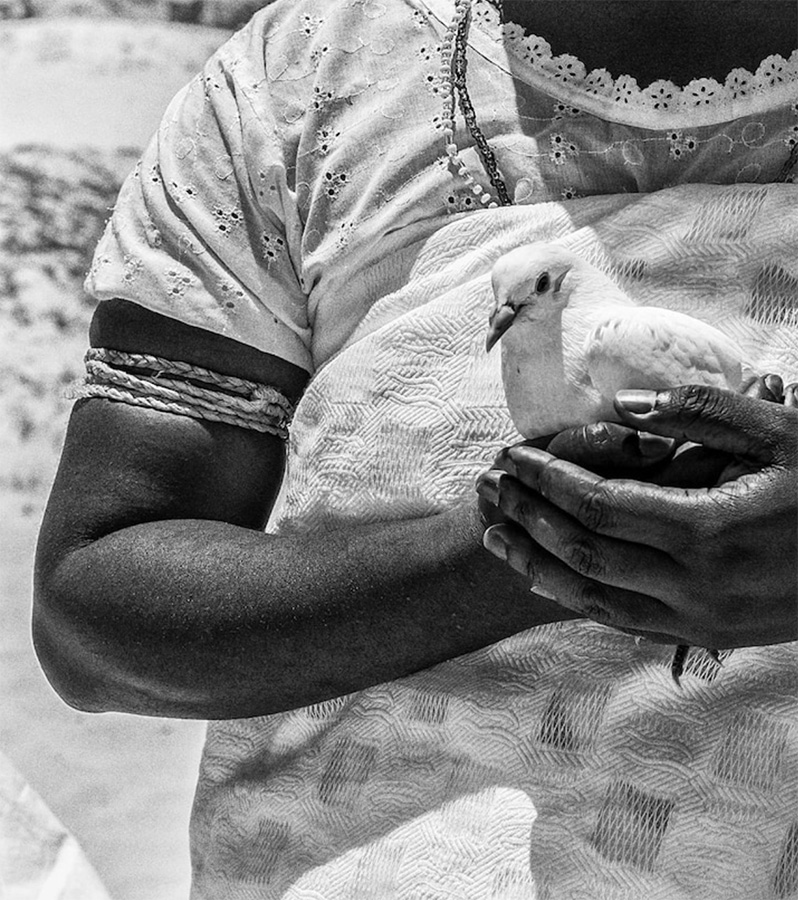 The dove is an important symbol for religious practices in quilombo communities such as this one in Salvador, Brazil.

Visitors to this cemetery in Rio de Janeiro honor the deceased during the Day of the Dead observance. Some wear clothing depicting beloved deities from…Read More 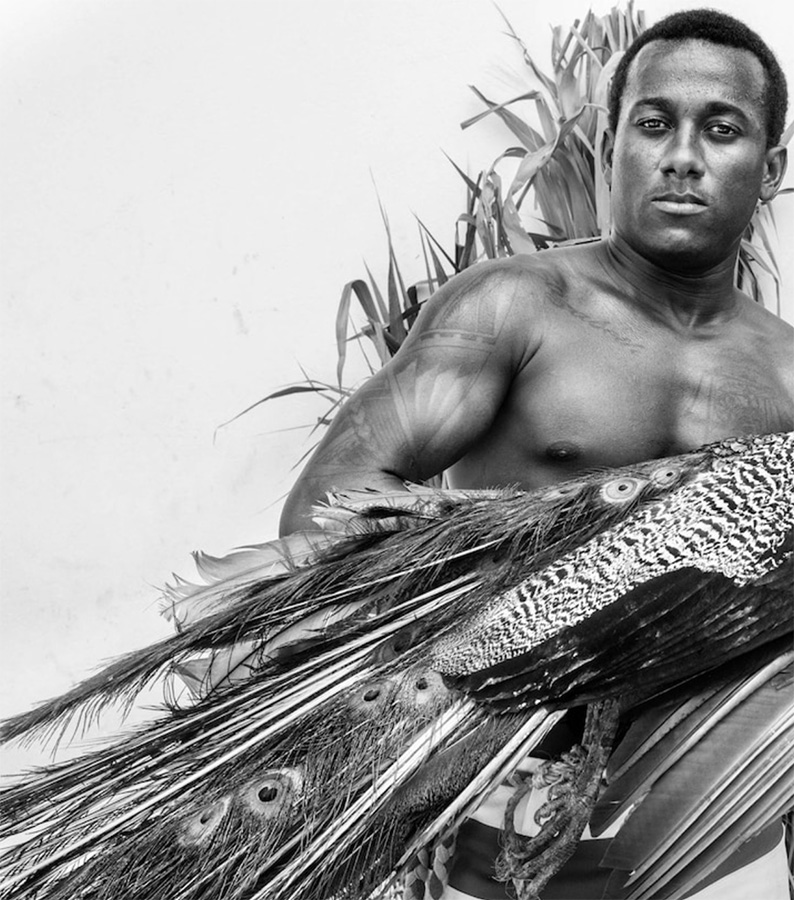 This portrait represents Black labor that brought wealth to Brazil during the Colonial Period, such as the planting and harvesting of sugarcane. Mo…Read More 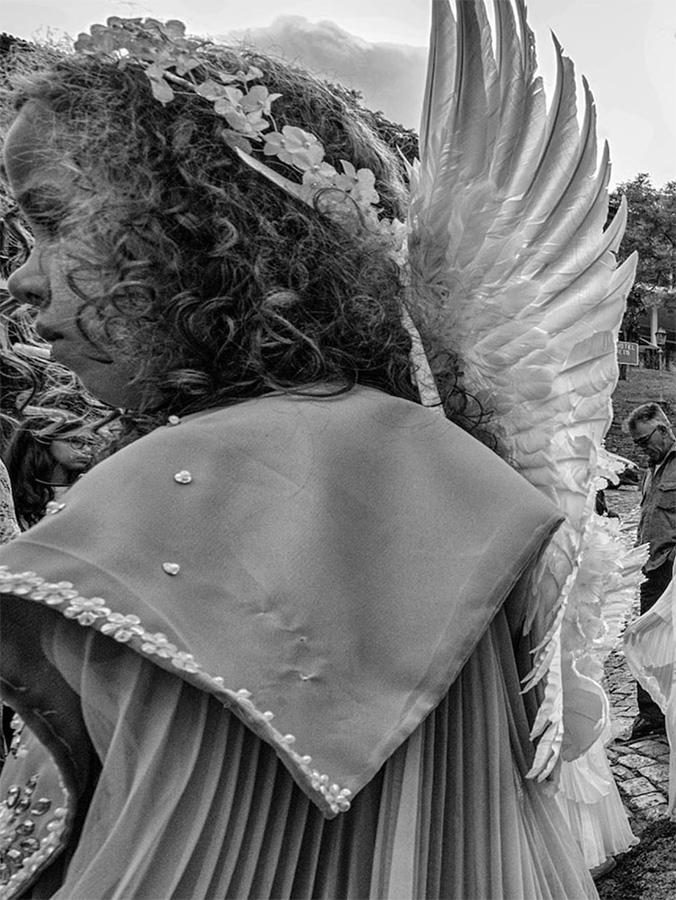 Youth participate in a procession honoring African roots at a church the southeastern state of Minas Gerais. Community leaders say that part of struggle…Read More

“In the city, the bosses want us for manual labor. We work a lot but earn very little, so it is still a slave process,” says Benedito de Freitas, 42, who lives in Comunidad Remanescente Quilombo Joao Sur , a quilombo between the southeastern states of Paran  and Sao Paulo.

Like members of the other 55 families who live there, de Freitas is a descendant of enslaved ancestors who fled the region’s gold mines and settled in the jungle. “If we exist today, it is because our ancestors sought freedom,” he says. “It is here [in quilombos] where they respect Black men and women, even when they are oppressed.”

For residents, the settlements are not only a source of power in the struggle for racial reckoning; they’re also the anchor for cultural identity and religious beliefs.

“We have a diversity of expressions in religion, dance, and music, whose dimensions are always connected,” says historian Cassius Cruz, an associate researcher at Universidade Estadual de Campinas.

Catholicism is the dominant religion in Brazil, but evangelicalism is gaining ground. The percentage of those who say they practice religions of African origin has also increased in recent years, according to national surveys. One of the most popular African-derived religions is Candombl , which includes the use of music, dance, and other rituals.

“For me it’s really about ancestry,” says Juliana dos Santos Silva, 37, who was raised evangelical but whose grandparents and great-grandparents practiced Candombl . Born in Rio de Janeiro, Silva was introduced to the religion by her ex-husband 11 years ago when she attended a ceremony to honor a deity. “I was captivated by the energy and joy of the people singing and celebrating,” says Silva, adding that the religious practices helped her through the mourning process following her father’s death, and also provided a special connection to her grandparents.

Still, some believers are wary of practicing openly. Places of worship known as terreiros have been vandalized in recent years, and in 2021 the Ministry of Women and Human Rights recorded more than 600 violations of freedom of religion and belief, a right enshrined in Brazil’s constitution.

“Many of my friends keep religion hidden,” Silva says.

Franklin Moreira, who belongs to a religious folkloric ensemble with African roots in Minas Gerais in southeastern Brazil, says part of the struggle is educating others about the history of quilombos and all they encompass both culturally and spiritually.

“We have our own way of manifesting ourselves,” says Moreira, 29. “We have to, with wisdom, show people that these are sacred places, where our ancestry is manifested, and therefore it has to be respected.

“It is an ancestral legacy that we carry in a very valuable way. This Brazil we know, with this culture, only existed thanks to the strength of our ancestors. They suffered a lot, they lived unimaginable pains,” he says. “That is why it is so important to keep our quilombos alive, because they keep us resisting.”

Maria Daniel Balcazar is a documentary photographer. Her projects focus on the vitality of traditions as they adapt through syncretism to survive and to thrive. She has published two books: Kilombo and Heirs of Dawn.

Paula Ramon is a Venezuelan writer based in Los Angeles. Follow her work @paulacramon.