Is Nigeria’s Obasanjo Selfserving Or Another Nelson Mandela? 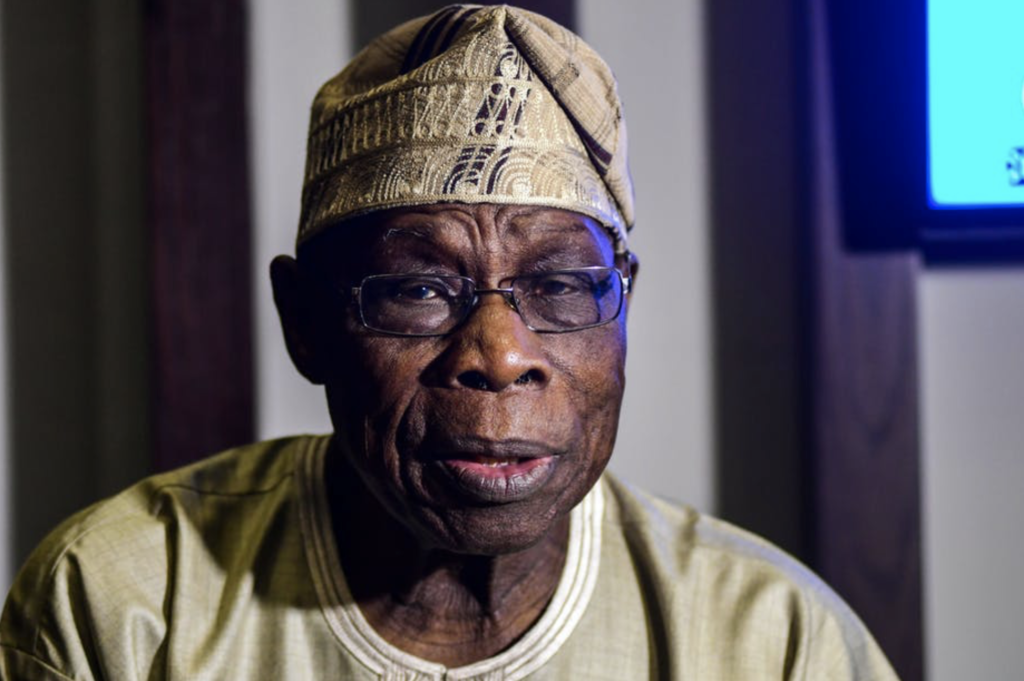 Olusegun Obasanjo, Nigeria’s former President, turned 85 on March 5, 2022. His influence across the African continent ranks next to that of Nelson Mandela. What are truly his legacies?

Obasanjo was Nigeria’s military head of state between 1976 and 1979 and two-time democratically elected president, from 1999 to 2007.

“OBJ,” as he is widely called, is probably the most globally known and celebrated Nigerian leader. One probable reason is his political credentials as military and civilian head of state. He also led Africa’s biggest country longer than any other person.

His initiatives and policies as Nigerian leader are another reason. In 1976, he introduced Operation Feed the Nation, a social revolution aimed at changing the fortunes of the people through farming. To increase production and exports, his administration also created the Nigerian National Petroleum Corporation in 1977. This initially recorded some successes but is currently unable to make refined fuel available for local consumption and export.

Obasanjo returned Nigeria to democratic rule in 1979, the country’s first successful transition from military to civilian rule. After 19 years of social and political upheavals, including bloody coups, a civil war, economic crisis and a corruption pandemic occasioned by an oil boom, Obasanjo handed over power to civilian successors. He also set up a constitutional conference culminating in the 1979 Constitution. Thus, he helped create a path towards a multiparty democracy.

The years between 1979 and 1999 witnessed political instability, corruption in public office, economic collapse and decay of social infrastructure. Becoming president in 1999, Obasanjo introduced an anti-corruption regime with three agencies: the Economic and Financial Crimes Commission, Independent Corrupt Practices and Other Related Offences Commission and the Budget Monitoring and Price Intelligent Unit. The unit is also known as the Due Process Commission.

The agencies’ dragnets caught some big fish, projecting the administration as the first of its kind in Nigerian politics.

Obasanjo’s vision for Africa, which manifested in his public policies as a leader, brought back memories of the radical Pan-Africanism of the 1960s. For example, British Petroleum was nationalized as a sanction against Britain for supporting apartheid in southern Africa. His administration granted asylum to leaders and financed the anti-apartheid movement in southern Africa. It also supported liberation movements in Angola and other African countries.

In 1988, Obasanjo established the African Leadership Forum. This brought thought leaders to Nigeria from across Africa and the world to discuss issues relating to Black people and the African continent. He also travelled widely to attend high-profile meetings and meet world leaders about charting new paths for the continent. These meetings became the thinking hub for African regeneration. Some of the outcomes included some continental bodies and initiatives.

Obasanjo joined others to form the New Partnership for Africa’s Development in 2001. The partnership introduced the African Peer Review Mechanism, an initiative intended to commit leaders to good governance. For the years that it was effective, accountability and transparency in leadership became the watchwords for most African governments and governance picked up positively.

He was also there when the African Union succeeded the Organization of Africa Unity in 2002.

In an assessment of Obasanjo’s policy score-sheet, I found that his administration’s West Africa policy between 2001 and 2006 tried to stem the tide towards war in Togo, Côte d’Ivoire and Equatorial Guinea. Rebuffed by the latter two, he had to influence the Economic Community of West African States and the African Union to attend to the situation.

Having secured US$20 billion in debt relief for Nigeria and cleaned up the Nigerian debt profile, he rallied other African leaders to do the same thing. However, his successors in Nigeria have raised the country’s debt profile to dangerous levels.

Obasanjo was appointed as the African Union’s High Representative for the Horn of Africa in 2021. His task is to work towards achieving lasting peace and stability in the region. His experience in peacemaking, his personality and his leadership qualities make him the right person for the job.

Obasanjo is, however, not free from controversies.

His administration’s Operation Feed the Nation is dismissed sometimes as having been used to advance his own personal cause.

He has also been described in some quarters, by either political opponents or some Yoruba ethnic leaders, as someone who often put other ethnic groups ahead of his own. He has been accused of being too soft on Northern ethnic militants and highhanded on Southern counterparts.

He was also alleged to have nursed an ambition to remain in power after his constitutional two terms.

Obasanjo’s legacies are better appreciated when viewed against his humble background. He was born into a poor family in Ibogun-Olaogun, a farming settlement in Owu-Egba, near Abeokuta, south-west Nigeria. In 1958 he joined the Nigerian Army, where he specialized in engineering. He had military training in the Congo, Britain and India.

He fought on the Nigerian side of the civil war between 1967 and 1970. From 1975 to 1976, he was second-in-command to military ruler Murtala Muhammad. Many regard him as the man who put an end to the civil war.

He became a farmer and published twenty-four books on various issues, including military and political leadership, the civil war and his vision for Africa.

Obasanjo remained the nemesis of several successive rulers, checking their excesses. He will be remembered for his roles in the rebirth of the African Union and peacemaking.

Some see Obasanjo as a great Nigerian, others as an African hero like Nelson Mandela, or an influential thinker. Some believe he is just a self-serving tyrant who tries to bring the world to his feet.

No matter how others see him, Obasanjo may just pass for another local but influential village farmer who was fortunate to lead his country and Africa in many diverse ways. 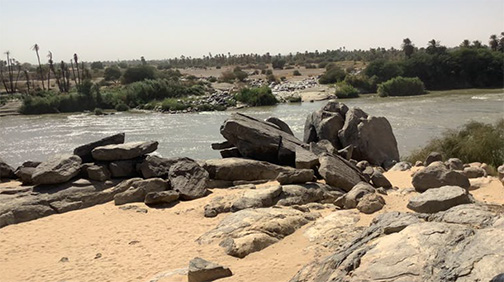 Circular mounds of rocks dot the desert landscape at the archaeological site of Tombos in northern Sudan. They reveal tumuli – the underground burial tombs used as far back as 2500 B.C. by ancient inhabitants of this Kush or Nubia region.