Land of the Dead: A Nigerian Village Where You Can Visit Your Dead Loved Ones 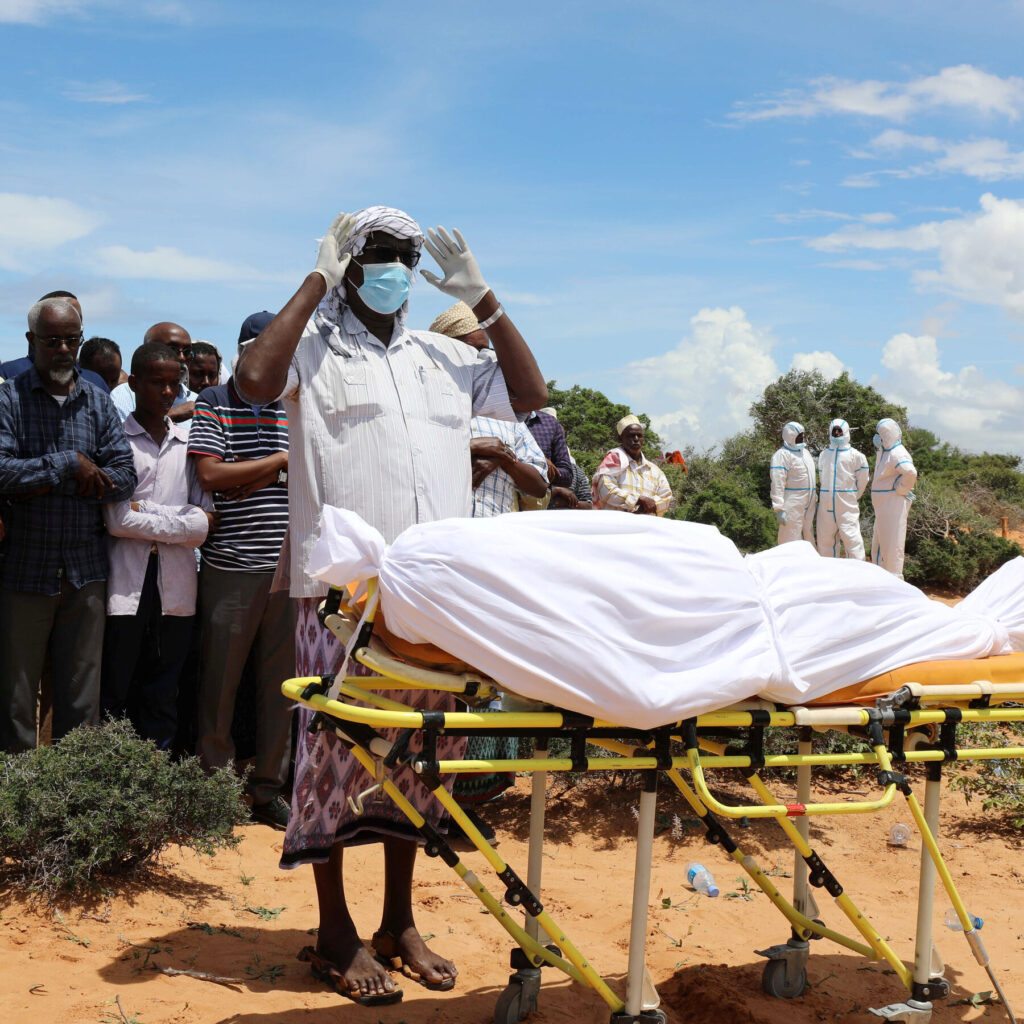 When a person dies, it is believed in almost all religions and cultures that all contacts with the living cease.  Not so in this nondescript hamlet tucked off somewhere in the rolling hills of southeastern Nigeria called Amalla, and known locally as the ‘Land of the Dead’

In Amalla Egazi, the dead are considered as contactable. Located in Udenu Local Government Area of Enugu State, it shares boundaries with neighboring Benue State, and such other more prominent settlements as Enugu Ezike Oba and Obollo Afor. The African Times/USA recently visited Amalla and interviewed villagers and community leaders who swore to the veracity of the mystic belief that  the dead  are still alive and well, at least in Amalla.

We were told that Amalla is home to some of the most powerful witch doctors and traditional healers in the entire entire eastern region of Nigeria whose exploits include the display of some of Africa’s most potent voodoo shrines which have been preserved from generation to generation.

Amalla, ‘Land of the Dead’  is believed to be a place where the dead still lives and can be contacted by the living after specific rites are performed by the presiding priests. In one of our first of a series of interviews, a village elder, Madu Okoro who was born in Amalla and have continually lived in in the village confirmed the stories of events surrounding the peculiar notoriety of this village of ab a couple of hundreds of people.. According to Mr. Okoro, the people of Amalla believe strongly in the Igbo mythology that is anchored in the concept of the existence of three different but related worlds of the universe, one that reserved for the Living, the second belonging to the “world of the unborn” and the third to the “world of the dead”. He told us that the Amalla people still hold unwaveringly to the belief that everyone must pass through these three dimensions.

During childbirth, a baby is said to pass through the ‘Land of the Unborn’ into the ‘Land of the Living’ and then transit into the World of the Dead’ after death. While the ‘World of the Living’ is the physical part of the three dimensions, the others (Land of the Unborn and the Land of the Dead) are spirit realms. Amalla Egazi, according to Mr. Okoro, is divided into Amalla Nma (Amalla of the Dead) and Amalla itself (which is the part of the ‘Land for the Living’). The people believe, Mr. Okoro said, that those who died are not without a form of life. “They are living but dead or could best be described as the ‘living dead’. The Land of the dead in Amalla is populated exclusively by those who had died. These ‘living dead’ live their life hereafter inside a sacred hill called Eze Ugwu (King of Hills). People who want to visit their departed loved ones can go the Eze Ugwu exclusively with the expressed permission of the presiding village priests”. Mr Okoro told us that permission to visit Eze Ugwu to communicate with the dead can only be obtained from designated priests. Not all village priests are licensed to perform the necessary rituals, he told The Times. And he emphasized. In our discussions that the repercussion for breaking protocol was tantamount to “going into the land of no return”.

To embark on the mission of communicating with the dead, the priests must first sanctify the visitor with rituals for the encounter, which first begins with inquiring from the dead if the visitor is allowed to visit.  “Sometimes, they say, the dead loved one may not be interested in seeing the said visitor and any attempt to disregard the warning comes with serious consequences.”

The second step, Mr. Okoro said, is that “A visit to the land of the dead must have a reasonable purpose. For instance, a visitor may want to inquire of something from the dead. In most cases, the visitors’ most common purpose is to ascertain the cause of death of loved ones. It is usually a fact-finding mission”.

Visits to Eze Ugwu are only for specific days in the Igbo market day calendar.  “If the visitor’s reason for the visit is to inquire about the cause of death, it is required that the visitor go to Eze Ugwu with a valuable personal item of the dead relative which they will deposit at a designated spot and which will be picked up by the relative before any communication is established. And one of the cardinal rules of the encounter between the living and the dead is that there must not be any open display of emotions such as crying. The living do not cry in the Land of the Dead. It is believed that the dead could become agitated, disappear or even bring harm to the visitor if there is any form of crying.

Another interesting feature of the visit is that the visitor may likely see the images of some living persons who are close to death and dying. Most importantly, every aspect of the encounter must be confidential. Visitors to Eze Ugwu are not allowed to relay whatever they witnessed during the visit to anyone for whatever reason, or the consequence may be dire and punishable by death. The land of the dead is home to both the dead and those close to death” Mr. Okoro narrated.

In an interview with Dr. C.C Opata of the Department of History at the University of Nigeria, Nsukka (UNN), he confirmed the narration of the communication between the living and the dead. He compared that the ‘Land of the Dead’ in Amalla to the ancient Egyptian concept of ‘Amana’ which translates to underworld heaven otherwise called Duat. His opinion was backed by similar information in the book titled: “Eden in Summer on the Niger: Archaeological, Linguistic and Genetic Evidence by Professor Catherine Obianuju  Acholonu.

We asked Mr Okoro whether he had ever visited the ‘Land of the Dead’ to which he responded in the affirmative but refused to provide any details in violation of the rules of the spiritual encounter. However, The African Times/USA was referred to a 62-year old Mrs. Beatrice Nweledim who lost her son in a rather controversial circumstances a couple of years ago. Mrs Nweledim lives in the university town of Nsukka, home of one of Nigeria’s foremost universities, which was about an hour’s drive from Amalla.

She told us that she was so heart broken when her son died that she was determined to find out the cause of death of her son whom she described as  the “jewel of my life”. After observing all the protocol, she was able to reconnect with her dead son who not only divulged the identity of those behind his untimely death but was unwilling to allow her to return to the land of the living. However, since she was inoculated against death, she was able to free herself and return home after handing two items – a torch lamp and a machete – to her son. “The torch lamp” Mrs. Nweledim explained, “was to find his killers and the the machete for revenge against his killers.

“ The most difficult part of the encounter with my son was that he did not want me to to return to the home alive. But for the amulet and charms given to me by the priests, I will not be here to tell this story. However, I have no regrets in spite of a season of nightmares, bad dreams and traumas that I have had to deal with for over 10 years now. And there are several other sides of the story that I cannot talk about because of the oath I took”.

However, there are some residents of Amalla who believe that the whole story about the Land of the Dead is a hoax, and at best hallucinatory imaginations of those who promote the concept of the Land of the Dead and mediumship. One of them is Innocent Nwankwo who argue that the story is suspicious and lacks empirical validation. He also told The African Times/USA that belief in Christian ethos have weakened the argument of the purveyors of the idea of the Land of the Dead. Nevertheless, many of the villagers strongly disagree with Mr. Nwankwo and those like him who believe that the advent of Christianity had invalidated the mystical aspects of the African culture and beliefs.

According to them, the Land of the Dead is well and alive, and invites anyone wishing to visit with their dead relatives to come to Amalla where the practice of mediumship is alive, and still attracting visitors and tourists. 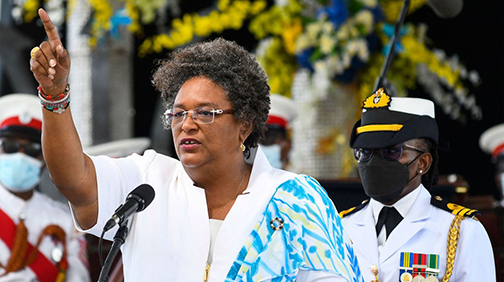 “No-one is too small to lead,” says Graça Machel.