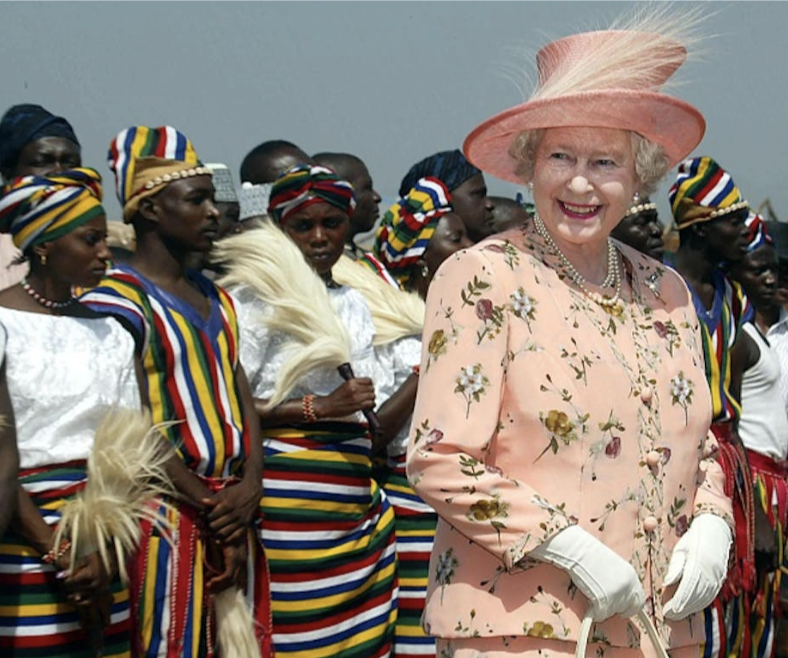 On her 21st birthday, 21 April 1947, when Britain’s Princess Elizabeth was accompanying her parents and her sister on a tour of South Africa, she spoke “to all the peoples of the British Commonwealth and Empire, wherever they live, whatever race they came from, and whatever language they speak”.

She went on to declare that she would devote her whole life “to the service of our great imperial family.”

By the time she died at Balmoral as Queen Elizabeth II, on September 8, 2022, the Empire had vanished and left behind a groundswell of mixed emotions about British rule and influence in Africa and the rest of the Commonwealth.

In Kenya, survivors of the brutal suppression of the Mau Mau uprising till date still cry out for justice; in South Africa, strong opinions abound about how the British military pillaged the precious natural endowments of the land…

and in Nigeria, the descendants of the Biafran insurrection still reel with anger at the role that Britain played in the genocidal war of the late 1960’s under Her Majesty’s watch. Still on the memory lane, Britain’s process of quitting Empire had begun before she ascended the throne (when she was holidaying in Kenya in June 1952) with Britain’s withdrawal from India and Burma in 1947. This had been heralded by the demands of the Indian National Congress throughout the previous half-century.

Even after India’s departure from the Empire, it was widely assumed that Britain would stay on in Africa for many decades. But how quickly things changed. Riots in the Gold Coast in 1948 led swiftly to the appointment of Kwame Nkrumah as Chief Minister and the introduction of self-government.

Within the space of just a few years, the Gold Coast became independent as Ghana in 1957. The process of colonial withdrawal from Africa had begun, hastened by the political and economic cost of Britain’s bloody suppression of Mau-Mau in Kenya in the early and mid 1950s.

British prime minister Harold Macmillan was to acknowledge that a historic and unstoppable shift was taking place when he delivered his famous “winds of change” speech to the South African parliament in 1960.

The decade and a half that followed saw one African country after another proceeding to independence. Most experienced a brief period when they retained the queen as head of state. Yet it was not long before they abandoned even this colonial relic, opting instead for executive presidents to lead them into the future.

The queen’s private thoughts about all this will remain obscure until the release of royal archives in years to come. Yet the outward signs are that she adjusted personally and as monarch to these immense changes with aplomb and good grace. As far as Africa was concerned, she was no reactionary.

Her personal relationships with many African leaders were an important marker of the social and attitudinal changes which accompanied the shift from Empire to Commonwealth. One indicator was her famous dance with Kwame Nkrumah when she visited Ghana in 1961.

At the time, Nkrumah was developing his personality cult, and seemingly moving Ghana into the orbit of the Soviet Union at the height of the Cold War. The British government saw her visit as a way of strengthening the former colony’s ties to the Commonwealth.

In The Crown, the recent Netflix series on the monarchy during her reign, the incident of her dancing with Nkrumah is presented as having major political implications, as if on the dance floor her embrace of the Ghanaian president was key to holding him within the political grip of Britain.

Queen Elizabeth II dances with Ghanaian president Kwame Nkrumah in 1961 at a ball held at State House, Accra.  Historians dismiss this as rubbish. Yet this does not mean that the dance was without its wider significance. Back in 1948, the British government had sought to stand in the way of the marriage of Seretse Khama, then a student in Britain, to a white British woman, Ruth Williams.

Establishment horror of inter-racial marriage was backed by a visceral fear of offending South Africa, where the white electorate had backed the election of a National Party government and opted for a program of greater racial separation and apartheid. Yet by 1961, the queen was visibly demonstrating that such blatant racism was no longer acceptable, and that she did not shrink from the close touch of black on white skin.

Politicians came and went during the queen’s long reign, but she remained a constant as head of the Commonwealth. Its foundations rested on the British government’s grant of self-rule to the white “dominions”, confirmed with the passage of the Statute of Westminister in 1931.

Yet it was not until the period after the second world war that there was any thought in London that Black Africans were capable of running their own governments. However, once the British had decided that Africans could stand on their own feet (a convenient realization which coincided with British self-interest), African governments were invited to join the Commonwealth, which had expanded to include India and Pakistan in 1947.

It is widely acknowledged that Queen Elizabeth played an important role in holding what was (and remains) a highly disparate organization together through many disputes. The most important differences revolved around the issue of race, or more specifically, the continuance of white rule in the southern part of the African continent.

What accounts there are suggest that she was quietly supportive of the pressure which African Commonwealth leaders exerted on Margaret Thatcher to maintain sanctions on South Africa during the crises of apartheid in the later 1980s. Indeed, it is thought that Thatcher was perhaps her least favorite among the 14 British prime ministers who served under her.

Subsequently, there is every evidence that she delighted in meeting Nelson Mandela, the one political leader who ignored royal protocol by simply greeting her by her Christian name whenever he met her, and she took no offence. But then Nelson Mandela was as monarchical as Queen Elizabeth herself.

Queen Elizabeth’s background role in keeping the Commonwealth together during many fractious disputes about race raises the question about what will happen to the body now that she has gone. Many observers argue that the Commonwealth is increasingly a political irrelevance in a constantly changing world. Furthermore, there is talk that if it continues to exist, the British monarch should not necessarily stay on as its head, and that the post should rotate among the membership. Meanwhile, it is likely that some countries that have retained the monarch as head of state will dissolve their formal relationship with the British crown.

Despite such currents, the Commonwealth seems destined to stay for the foreseeable future. Indeed, it is becoming even more inclusive, having been recently joined by states such as Mozambique and Rwanda which were never ruled by Britain as part of the Empire. They are doing this because they see advantage to themselves in terms of trade, aid and investment.

It remains to be seen whether King Charles III can emulate his mother in helping to keep the Commonwealth together. Yet the signs are there that he holds views that are more progressive, notably on tackling climate change, than the wearying succession of Conservative governments which are ruling contemporary Britain. Hopefully, he will receive a positive reception from African governments, which – ironically in this post-imperial age – are more likely to attach importance to the Commonwealth than Britain itself. 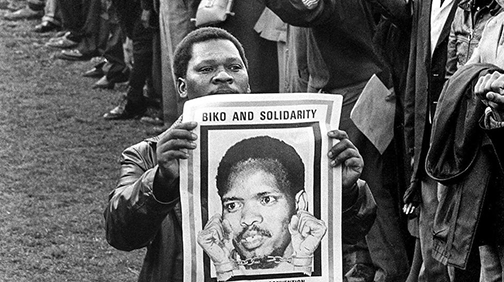 Steve Biko died at the hands of apartheid security agents at the age of 30 on 12 September 1977. 45 Years On, his Killers are not on the SA Police Service’s most wanted list. After so long, I think President Cyril Ramaphosa must tell the nation if there will ever be any justice.