Afro-pessimism seems to have played a sinister role in the blacklisting of Southern Africa in the latest COVID saga. PRESS HERE TO READ the details.

South African scientists discovered the Omicron variant of Covid-19, but as The Economist writes, “no good deed goes unpunished”: As countries impose bans or quarantine requirements on travelers from southern Africa, the region stands to lose, economically.

“It is difficult to fault governments elsewhere for trying to slow the spread of the new variant, after they were roundly criticized for having failed to act quickly when covid first emerged,” the magazine writes. “But, in turn, South Africa deserves more than just praise for having informed the world quickly about the new variant. Incentives matter. If other countries are to be encouraged to do the same with future variants, rich countries should lift travel bans as quickly as it is safe to do so. Many South Africans think rich countries should go further, and compensate South Africa for taking an economic hit that may well spare the rich world a great deal of pain.”

The utility of bans is still a matter of debate. In laying out a series of Omicron-response recommendations, South African health-sciences professor Shabir A. Madhi argues travel bans largely “delay the inevitable,” as “by the time the ban has been imposed, the variant will likely have already been spread.” 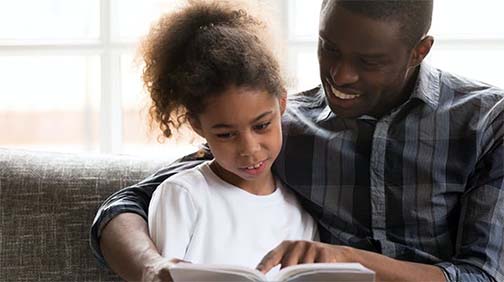 Reading at home is important. Evidence of the effects of reading and a general culture of reading on adolescents in over 30 countries has shown that reading is good for personal development, intellectual growth, literacy and even numeracy.