The Senegalese Who Recently Won France’s Most Prestigious Literary Honors

Sarr is the youngest winner since 1976 and the first from sub-Saharan Africa. Critics have been raving about The Most Secret Memory of Men, his novel about a young Senegalese writer living in Paris. The jury made a unanimous decision to award Mbougar Sarr the prize after just one round of voting, calling his work “a hymn to literature.” The prize will bring him literary fame and huge book sales, says Caroline D. Laurent, a specialist in Francophone African literature in France. We asked her more. 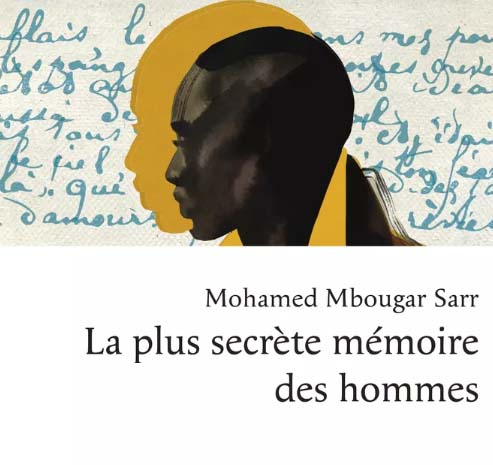 Who is Mohamed Mbougar Sarr?

Author of the 2021 Prix Goncourt-winning novel The Most Secret Memory of Men (La Plus Secrète Mémoire des Hommes) Mbougar Sarr is a young Senegalese author who grew up outside Dakar and moved to Paris to continue his studies. At just 31, he has already published three other novels, his first in 2015: Encircled Earth (Terre Ceinte), Silence of the Choir (Silence du Choeur) and Pure Men (De Purs Hommes).

Starting his studies in Senegal, he began his doctorate at the prestigious School for Advanced Studies in the Social Sciences in Paris, working on poet and Senegal’s first president, Léopold Sédar Senghor. Writing got in the way and prevented him from ever finishing and graduating. He now lives in Beauvais, a city north of Paris.

What is the novel about?

The Most Secret Memory of Men plays with reality and fiction. It tells the story of a young Senegalese author, Diégane Latyr Faye, who lives in Paris. In high school in Senegal, he had come across mentions of a mysterious novel published in 1938 by a Senegalese author called T.C. Elimane, The Labyrinth of the Inhuman. Unable to find a copy, he had put his quest aside, considering it to be one of the many lost books of literature. But, by chance a few years later, he meets a Senegalese writer, Siga D, who gives him a copy of the book. The reading (and numerous re-readings) of what he considers to be a masterpiece revives his desire to find out what happened to the mysterious T.C. Elimane.

Why does the book matter?

The Most Secret Memory of Men is a novel about writing and literature. It is full of literary references – like to celebrated Chilean novelist Roberto Bolaño and prolific Polish author Witold Gombrowicz. But it’s the obscure references that are probably the most interesting: the fictional T.C. Elimane’s book and his fate echoes that of real-life Malian author Yambo Ouologuem – who Mbougar Sarr’s own novel is dedicated to.

Winner of the 1968 Prix Renaudot for Bound to Violence (Le Devoir de Violence), Ouologuem sparked controversy after a 1972 article in the Times Literary Supplement claimed he had plagiarized several authors, including Graham Greene and André Schwarz-Bart. He returned to Mali and never published again. Just as the narrator of Mbougar Sarr’s novel, Diégane Latyr Faye, is his alter ego, T.C. Elimane is Ouologuem’s.

As much as it is about writing, The Most Secret Memory of Men is also about reading. The work is polyphonic (with many narrators besides Faye), it is transcultural (set in Europe, Africa and South America) and it mixes different literary genres (letters, articles, conversations), encouraging many distinct types of readings. Some may focus on the historical events depicted – the novel alludes to colonialism, the World Wars, Nazism and the Holocaust, the dictatorship in Argentina and recent Senegalese demonstrations against state corruption. Others may focus on the mysterious elements that recall some features of magical realism. Or on the literary references, both African and global, that punctuate the text. Or all the above.

It needs to be read for what it is – a great novel – and not because of the origin or the skin color of its author. This is exactly why T.C. Elimane disappeared: hurt by some reviews, he felt misunderstood because his work was read through the lens of the work of others, notably that of French poet Arthur Rimbaud (he was called a “Rimbaud nègre” or black Rimbaud).

Why does this Prix Goncourt win matter?

For these reasons, winning the Prix Goncourt should be viewed as African literature finally being recognized for its literary qualities. One should focus on this (late) recognition and question why, faced with the many great novels by African writers, Mbougar Sarr’s win is so rare. The Most Secret Memory of Men is quite subversively brilliant in denouncing, through literature, the literary capture of African writers by former colonial powers.

Jointly published by two small publishing houses, Philippe Rey in France and Jimsaan in Senegal, the novel is truly transnational. The recognition of these publishing houses on two continents will, hopefully, enhance and help rebalance African countries’ role in publishing and distributing the works of their authors. Mohamed Mbougar Sarr is not only denouncing colonial and neocolonial practices, but also encouraging new ways of publishing and reaching readers.

The Most Secret Memory of Men is a powerful text not only because of its writing, its themes, and what it says about the place of African literature in the world, but also because of how it opens future possibilities for Francophone authors. 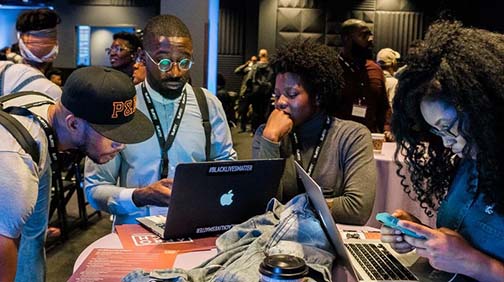 The big guns of Silicon Valley, Google and Facebook, are in a race to bring high-speed broadband to Africa via submarine cables.