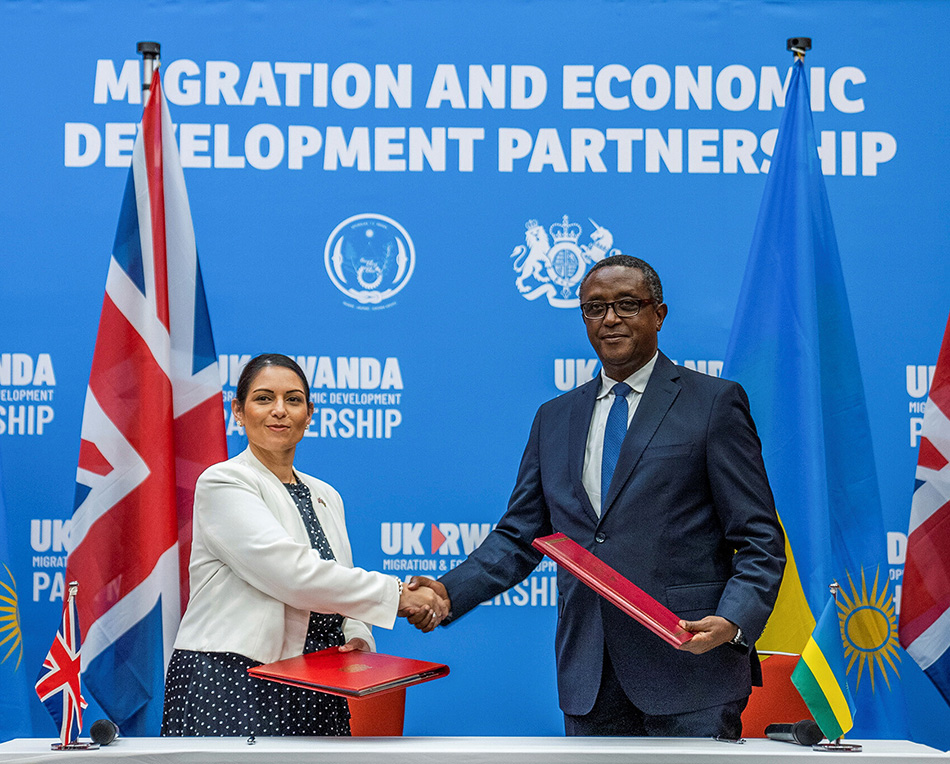 Like many others, I was surprised and upset to hear about the UK’s new deal to offload its responsibility to tens of thousands of asylum seekers to Rwanda. The plan is for Rwanda to process and host such refugees indefinitely.

I have spent 12 years researching and working with refugees in East Africa, the Horn, and the Great Lakes region, with a specific focus on livelihoods and survival. The experiences of Rwandan refugees I have interviewed who have fled the country as well as refugees within the country are often heartbreaking.

The United Nations and many other institutions and individuals have condemned the UK-Rwanda Deal. The UN called it a
breach of international law and Amnesty International labelled it as “appalling”. Criticism includes that it derogates from the principle of territorial asylum, namely that people have the right to access the national asylum process in the country that they enter. The first legal action states that both international law and the UN 1951 Refugee Convention have been breached, along with British data protection law.

Both my research findings and personal connections with Rwandan refugees make me seriously concerned about this move. Here I share the biggest red flags. These include Rwanda’s poor human rights record; the treatment of arriving asylum-seekers; and the offloading of responsibility for asylum seekers by the UK onto Rwanda, and other poor refugee-hosting countries, and to aid agencies in the region.

The first red flag is Rwanda’s human rights record, and thus the environment that awaits asylum-seekers.

UK Prime Minister Boris Johnson has claimed that Rwanda is “one of the safest countries in the world”. This label is useful for some actors – like host countries and donors – but not for refugees themselves.

While Rwanda has widely been presented as peaceful and stable since the 1990s, evidence-based reports by institutions, including the United Nations and Amnesty International, have challenged this narrative. The UK Government itself has – as recently as 2021 – cited ongoing concern about the Rwandan Government’s restrictions to civil and political rights and media freedom.

Like Rwandans, all asylum seekers and refugees who become resident in Rwanda are faced with the suppression of freedom of speech and right to associate, along with the risk of arbitrary detention, ill-treatment in government detention facilities. This risk is echoed by Rwandan refugees I have interviewed in Uganda, including several whose abuse by government authorities left them disabled.

In addition to the risk of human rights violations for asylum-seekers within Rwanda, there is a deep worry that the authoritarian approach of the Rwandan government is being further legitimized through this deal.

Relatedly, the second red flag, and my primary consideration, is how asylum seekers and refugees will be treated upon arrival in Rwanda.

This deal builds on the offshoring approach first pioneered by Australia. In an offshoring scenario, asylum seekers arriving in Australia are immediately transported to a so-called “regional processing center”. These are in Papua New Guinea, in the Republic of Nauru (Nauru) or on Manus Island. Since the new policy was implemented in 2013, 4,183 people have been transferred offshore.

The UN, and human rights groups and organizations have long denounced the approach and its inhumane policies. Upon arrival, asylum seekers are essentially treated like prisoners, with multiple rights violated, including through arbitrary detention and denial of medical care.

Those granted refugee status can either remain in detention, locally integrate on Manus or Nauru with limited prospects, or –- much more commonly –- be resettled in a third country such as the United States.

Asylum seekers who arrive in Australia by boat (or have since 19 July 2013) are permanently banned from settling in Australia even if they are legally recognized as refugees.

Building on this, the third red flag is that the UK is offloading the responsibility of asylum seekers onto other countries.

This is problematic in part because Rwanda –- like the majority of the world’s main refugee-hosting countries –- is a low-income country with a poverty rate of approximately 38%. The UK-Rwanda deal thus reinforces the troubling status quo of where refugees are hosted in the world, with 85% hosted in developing countries. The UK-Rwanda deal is, according to some, nothing other than 21st century imperialism.

Disturbingly, offloading responsibility to other (poorer) countries is increasingly legitimized by other western countries. For instance, in 2016 the EU Bloc made a landmark deal with Turkey to prevent irregular migration from Turkey to Greece. Taking this one step further, in November 2021 the Danish government put forward a bill to externalize asylum claims, with asylum seekers to be relocated out of the EU during the asylum process.

Given these recent precedents, the UK’s new scheme is much more of a continuation of a worrying trend than an innovation.

More work for aid agencies and other host countries

The fourth red flag is that the UK government’s refusal to take responsibility for asylum seekers within its own territory puts an increased onus on others. Ironically, this includes humanitarian agencies which are funded by the UK.

The UK will reportedly pay Rwanda £120 million (about US$148 million) for the initial 5-year arrangement, which will include the costs of accommodation and integration as well as delivering asylum operations.

However, despite all the costs in getting them there and processing them, many asylum seekers may not choose to stay. This means that humanitarian programmed funded by the UK and other countries will have much more work to do in assisting these people in Rwanda and elsewhere.

There’s evidence of this in the secretive deal that Israel made with Rwanda and Uganda to send African asylum seekers to the East African nations between 2014 and 2017. Research shows that the vast majority of refugees immediately left again. This often happened through dangerous northern migration routes in an attempt to reach Europe.

If asylum seekers leave Rwanda on such routes, it could strain the resources of UK-funded programmers, such as one addressing unsafe migration through and from Ethiopia.

And, if asylum seekers choose to leave Rwanda and settle in nearby refugee-hosting countries, the need for donor assistance in those places will only increase.

Currently the UK-Rwanda deal is being challenged – as it should be. It undermines every human being’s right to seek asylum, the larger norm of territorial asylum, and commitments enshrined in the 1951 Refugee Convention. Problematically, outsourcing responsibility means outsourcing unnecessary challenges to asylum seekers themselves as well as to Rwanda and the nearby countries which may ultimately host these refugees. 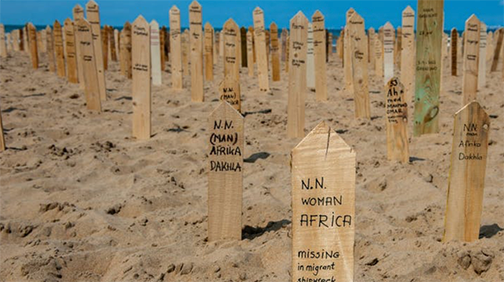 Why African And Black Refugees are Less Welcomed Than Others

The world is accustomed to the stereotypical face of the refugee. The well-worn tropes of the Black or Brown face from post-genocide Rwanda, war-torn Somalia, or gang-ridden Honduras. According to the United Nations High Commissioner for Refugees (UNHCR), in the first half of 2021, there were more than 26.6 million refugees worldwide.