Valentine’s Day Celebration As part of An African Odyssey

Romance is alive and well across Africa this Valentine’s Day, according to CNN – romance literature, that is. Some of the continent’s top writers have joined forces to mark the occasion by releasing an anthology of romantic short stories for free in digital and audio formats. Each story is no more than 1,000 words and has also been translated into languages spoken by all the writers – Igbo, Hausa, Yoruba, Kiswahili, Kpelle, pidgin, and French. 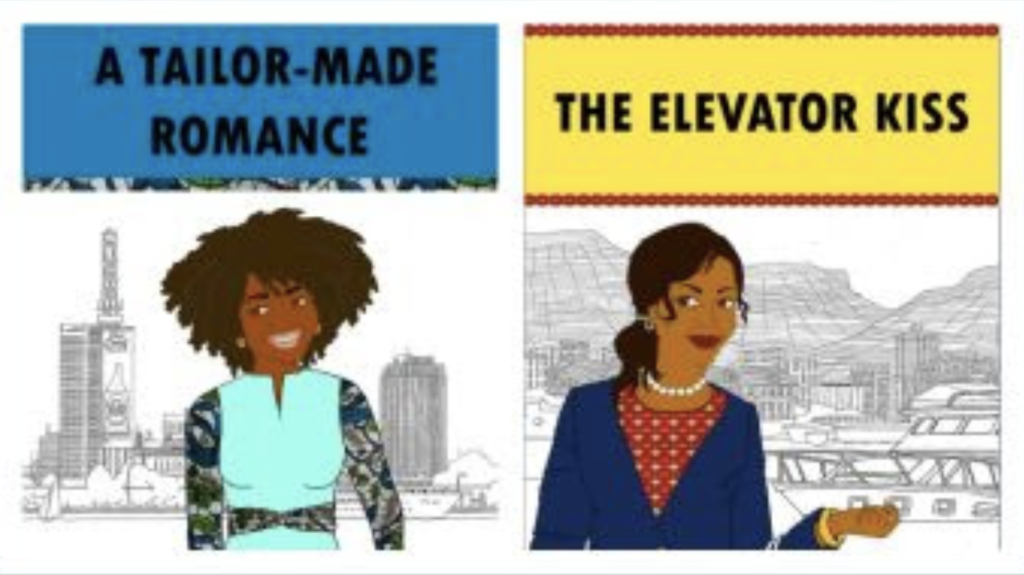 Two titles by Ankara Press: “A Tailor-Made Romance,” by Oyindamola Affinnih and “The Elevator Kiss,” by Amara Nicole Okolo.

The initiative, announced by Ankara Press, an imprint of Nigerian publisher Cassava Republic, has a clear directive.

“Our mission is to read and hear what romancing in different languages might sound like and mean, as well as showing how romance can break away from the genre stereotypes and still be entertaining,” said publisher Bibi Bakare-Yusuf.

In light of recent turmoil in Nigeria, the anthology also serves a serious purpose. Bakare-Yusuf explains that the stories provide “a sensuous antidote to election fatigue that reflects the realities of African lives.” In doing so they dispel “stereotypical perceptions of daily life in Africa as one of misery and violence.”

According to project co-ordinator Emma Shercliff, “one of the most exciting things about the Valentine’s Day Story project is the way it has been a collaborative effort, bringing together writers, publishers, translator and readers from across Africa, all of whom have shown an incredible amount of goodwill by donating their time and talents for free.”

The Valentine’s Day anthology will be available for free digital download on the Ankara Press website on Saturday, February 14th.

Read this: These are the writers you should be reading