Before the COVID-19 pandemic, the global tourism industry contributed US$9.2 trillion, or 10.4%, to global GDP. It was considered one of the fastest-growing industries, accounting for at least one in every four new jobs globally.

Fast forward to 2021, and the pandemic has all but crippled the sector. Tourism demand – arrivals, travel, and the use of facilities and services – contracted by an estimated 74% in 2020. This has cost the industry upwards of US$1.3 trillion and has compromised millions of jobs.

The African region shed an estimated US$83 billion in GDP contribution (down by 49.2%), and lost up to 7.2 million industry jobs compared to 2019 levels.

The impact of health crises such as SARS, H1N1, and Ebola were not on the scale of the disaster brought by the COVID-19 pandemic. This impact was made worse by government interventions to mitigate the spread and effect of the virus.

But vaccines offer hope for the industry. Its recovery must begin with domestic tourism. In 2019, domestic tourism accounted for only 50.2% of the travel and tourism receipts in the sub-Saharan African region – lower than other regions.

It is critical now for African destinations to promote domestic tourism, which also paves the way for international tourism. The key will be the ability to predict the potential effects of COVID-19 on tourist behavior.

More than two decades after the genocide in Rwanda, published reflections on that catastrophe tread a familiar path. They focus, understandably, on the root causes of the genocide and the international response to it.

On the response theme, they decry the tepid reaction of the international community. This is a coded description of the US as a superpower and the United Nations as the mandated international organization. This narrative highlights what this particular community of nations could have done – yet failed to do – to stop the killing after it had begun.

This analytic approach to the genocide in Rwanda assumes that African countries are either incapable of, or not at all responsible for, solving problems in their neighborhoods. Or, worse, that only the US or the UN are responsible for or capable of stopping genocide wherever it occurs. This assumption overstates the ability or willingness of both to shoulder this immense responsibility. It also undervalues the obligations of local communities to become guardians of their neighborhoods.

The community approach is anchored in UN principles first outlined at a summit in September 2005. The summit called on all its member states to accept the new principle of the

While the aims are laudable the “responsibility to protect” has its drawbacks. In countries such as China and Russia the concept is dismissed as a western instrument for “regime change”.

In Africa, the history of colonial rule gives purveyors of hate crimes a potent and emotional tool to characterize western interventions as another form of imperialism or neo-colonialism dressed up as a moral responsibility to protect.

In my view new strategies of genocide prevention in Africa should be developed that don’t depend on international actors but primarily on national governments. As a moral principle, the right to protect can best be implemented through local and regional groups, with some foreign help.

Thus, I have proposed the alternative strategy – an obligation to prevent.

Obligation to prevent in practice

Ethiopia imploding would put the entire East African region in peril. It would threaten the seat of the African Union, which is currently Addis Ababa. It would tarnish the image of Africa as well as that of a nation that has a unique historical connection to international law. Ethiopia was the first nation to sign the UN Genocide Convention and associate itself with the ideals of peace and genocide-prevention.

It is not too late for Ethiopia’s leaders and all Ethiopians to reflect on the promise of Ethiopia’s moral past and the obligations of its present: an obligation to prevent the current situation in Tigray from descending into a genocide.

But Ethiopia can’t avoid disaster on its own. It needs the community of African countries to put their energies to the task of avoiding an implosion in the country.

Editor’s Note: This AFRICA THOUGHT by Professor Kissi  calls for your Comment – We look forward for your Thought 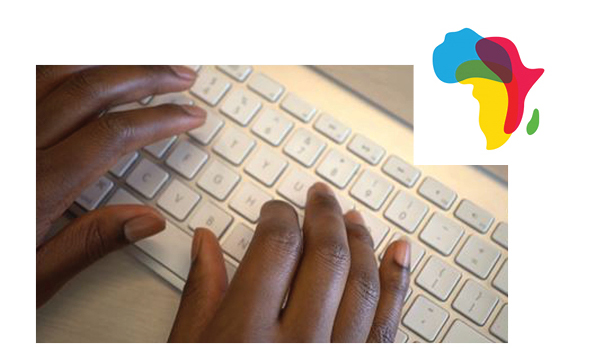