Why Africa Smaller Cities Should Not Be Overlooked 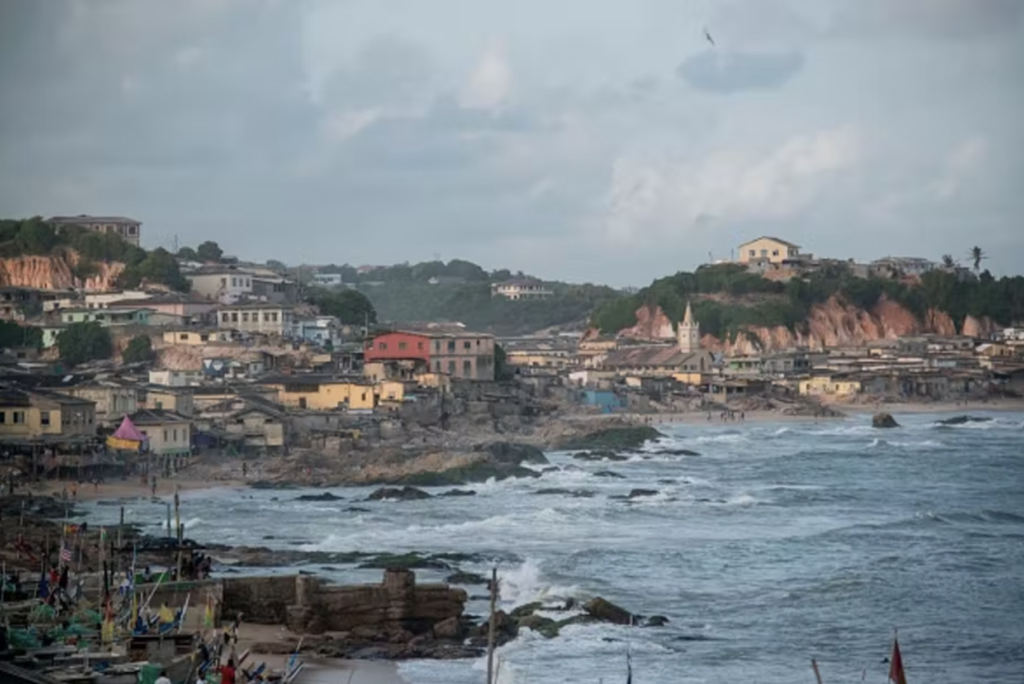 Long prices in Ghana’s Cape Coast have been soaring.

Often when one thinks or writes about urbanization in Africa, mega-cities or primary cities like Lagos, Nairobi, Addis Ababa or Kampala, come to mind. Little, however, is written about places like Gabés in Tunisia, Touba-Mbacké in Senegal, or Ibadan in Nigeria. Yet these are just three of an estimated 885 secondary, or intermediary, cities in Africa that already account for over 40% of the continent’s urban population. Their share is likely to grow over time.

These cities have a critical role to play in Africa’s overall urbanization trajectory. They have a number of advantages.

Firstly, they are located closer to rural populations, they provide an important market for agricultural goods. This means that they provide a crucial link to ensuring more balanced economic growth for a country.

Secondly, their location also enables people to make the transition from agricultural to non-agricultural work more easily. And more generally they make the move from living in the countryside to a more urban existence easier.

There is in fact global evidence from developing countries, that demonstrates that for a given level of urban population growth, these intermediary cities are in fact overall better in driving poverty reduction than the primary cities are.

A further major advantage that intermediary cities have, is that many still have most of their growth trajectory to come. And, unlike many primary cities struggling under the weight of large populations, investment in infrastructure in intermediary cities can happen in advance of settlement.

If this is done, it helps avoid the substantial financial, political, and social costs of retrofitting. But this requires substantial upfront financing. Yet raising this upfront finance together with the revenue to repay it, is a challenge.

Where the money is going to come from

Many of the options available to intermediary cities when it comes to generating local revenues, are the same as available to all cities.

The first is administrative reforms to improve the efficiency and effectiveness of the collection of taxes and fees.

Such reforms include updating taxpayer rolls or streamlining payment systems. The benefit of these types of reforms is that they usually lie squarely in the city’s remit. And a city does not necessarily need to get approvals from other levels of government.

In addition, the reforms can result in substantial increases in revenue for cites far off from achieving optimal efficiency.

But there is a major drawback. Increasing revenue from these types of administrative reforms is finite based on efficiency being achieved.

Cities can also focus on reforms to change the composition of what they can collect. This includes the types of taxes and fees, their rates and from whom they should be collecting them. Reforms like this usually require changes to laws and regulations. This makes them longer and more onerous to implement.

Both administrative and policy reforms can be supported by improvements in technology. For example, to improve tax collection several secondary cities in Tanzania introduced GIS mapping to help identify and map all the properties in their remit. Despite some challenges in implementation, cities like Arusha, still managed to increase their annual revenue from property tax collection accordingly.

Mzuzu, in Malawi, also used technology to support a policy reform for their property tax valuation system. This change required various characteristics of the property to be captured. This was done digitally. The result was a 7-fold increase in revenue in the space of five years.

This showed that technology can have a significant role to play to support reform processes when the availability and integration of data are improved.

But technology cannot replace the need for the underpinning reforms to happen.

There are also some opportunities particularly pertinent for intermediary cities. This is particularly true around land value capture.

One of the most important assets for all cities is the land on which they are located. For some cities, land can make up 90% of their total asset base The urbanization process results in an increasing scarcity of land as people and businesses begin to locate in cities.

Together with the public investments made on the land to improve productivity and liveability, these two forces drive up its value. Cape Coast in Ghana, for example, has land values of up to US$200,000 per hectare, with prices rising over 50% per annum. This is not uncommon for many intermediary cities.

This means that intermediary cities, particularly those still at the relative outset of their urbanization process, should put in place mechanisms that can capture this increased value and then use the revenues from this to reinvest into the cities.

One way for these cities to capture the value of land, is through proper planning of urban expansion. Changing or adopting new land-use management plans, and the resultant impact on land values, can provide a major source of revenue for a city.

In four Ethiopian intermediary cities where this has been done – Adama Bahir Dar, Hawassa and Mekelle – an estimated US$77 million of leases have already been sold. This is money that can then be reinvested to service the land, as well as provide for further infrastructure in the expansion areas.

Another major opportunity is to harness the potential of remittance payments. Research of the impact of remittances on secondary cities in Africa, is still scarce. Nevertheless evidence from Latin America and the Caribbean shows that the majority of these flow into secondary cities and towns.

A study looking at remittance flows to eight secondary cities in Latin America and the Caribbean showed that certain cities with large numbers of international migrants could receive up to as much as 20% of the total remittance flows for that country.

The same study shows that most of these remittances are spent by households on education, health, housing and insurance.

A similar, smaller study conducted in Gondar, Ethiopia shows that about one third of households received remittances monthly, usually reflecting their sole source of income. In these cases, remittances were overwhelmingly used to support housing investments, businesses, and education.

To tap into remittances as a source finance, cities must have structures in place that allow for the absorption of the funds, as well as their utilization in the overall economy.

In the near term, intergovernmental fiscal flows will remain a sizable portion of intermediary city budgets. This means that finding ways to support national governments to improve and stabilize these flows will be key in supporting investments to happen in advance of settlement.

At the same time, it is critical that the dependence on these intergovernmental fiscal flows is reduced by looking at ways to increase intermediary cities own revenue generation. This is key to ensuring the overall longer-term sustainability for these intermediary cities and in particular their infrastructure and public services, and as such unlocking the urban dividend for the whole country from the urbanization process.