By George B. Cunningham

A couple of weeks after the close of the National Football League’s regular season, there is just one Black head coach and one Latino head coach left in the League – Mike Tomlin of the Pittsburgh Steelers, and Ron Rivera of the Washington Football Team, respectively. This follows the firing of Brian Flores by the Miami Dolphins and David Culley by the Houston Texans.

In other words, in a league in which most of the players are Black, most of the NFL head coaches are white.

I have studied diversity and inclusion in sport for more than two decades, including the ways in which race and gender intersect to affect leadership opportunities for women and men. My research shows that biased decision-making, organizational cultures that value similarity, and societal forms of bias and discrimination are all to blame for the lack of diversity among NFL head coaches.

The dismal numbers are nothing new. In 1989, Art Shell became the first Black head coach of an NFL team in the modern era. But his hiring did not break down the barriers other minority coaches face in the NFL.

Hall of Famer Art Shell was the first Black head coach in the NFL. Photo by Kirby Lee/NFLPhotoLibrary

Seeking to address its diversity problem, the NFL adopted the Rooney Rule in 2003, requiring teams to interview at least two minority candidates for their head coach openings. In 2021, the league expanded the rule to include general managers and offensive and defensive coordinators.

The policy had positive short-term effects, as the league saw an increase in Black and Latino coaches. The gains have since diminished, though, and the number of Black head coaches at the start of the 2021 season, three, was the same as in 2003.

In short, the NFL is back to where it started.

When looking for explanations, it is helpful to explore factors at the individual, organizational and societal levels. Research evidence shows some of these explanations are better than others.

At the individual level, people might not obtain a job if they lack skills or experience, don’t have contacts or don’t apply. There is no consistent evidence, though, that any of these explanations describe Black coaches.

For example, scholars have found that Black assistant coaches in college football were less likely to be promoted and had less career satisfaction than their white counterparts, but neither was a function of the coaches’ experience, skills or social networks. This is the case in the NFL, too, where sports economists have also shown that Black assistant coaches are equally as skilled as their white counterparts.

Other researchers have analyzed NFL data from 1985 to 2018 and found no racial differences in the performance of head coaches.

In short, there is no evidence that Black coaches are unqualified. 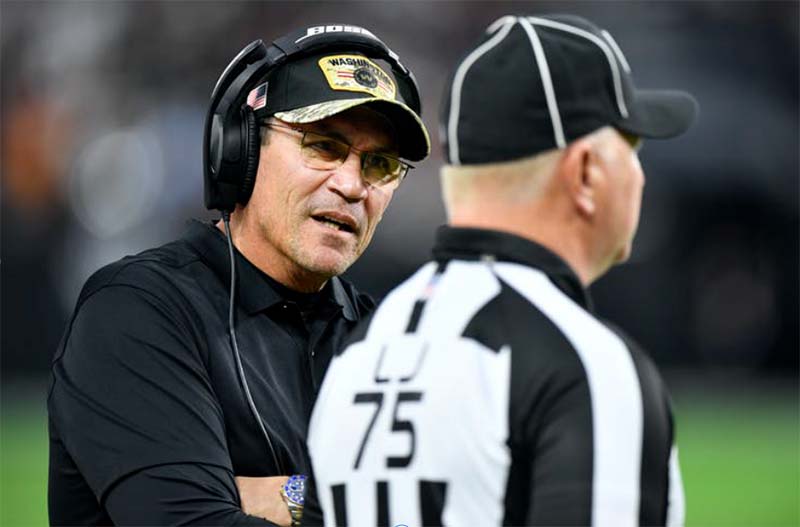 Ron Rivera of the Washington Football Team is the only Latino head coach in the NFL. Photo by Chris Unger/Getty Images

On the other hand, research does show that leaders and organizations make a difference in who gets hired. For example, an analysis from Arizona State University’s Global Sports Institute shows that seven NFL teams have hired only white head coaches.

The types of positions Black coaches have access to also matters. Offensive and defensive coordinators are frequently in line for head coaching opportunities. But research at the NFL and NCAA levels reliably shows that white coaches are overrepresented in these coveted coordinator positions.

What’s referred to as “the glass cliff” offers another organizational explanation. This theory suggests that members of underrepresented groups are most likely to be hired by organizations that have a history of poor performance or that are in crisis. When performance continues to wane, the leaders are likely to be replaced by majority group members. Researchers have shown that race and racism also affect the glass cliff, including leaders in sport. Relative to white coaches, minoritized men’s basketball coaches were more likely to be hired to teams with a history of losing, and if they were unable to turn things around, they were likely to be replaced by white coaches.

These examples show that leaders clearly make a difference. A study of the Las Vegas Raiders further illustrates the point. Under former general manager Reggie McKenzie, who is Black, the Raiders had the highest share of Black players in the league, at 79.2%. In 2016, when McKenzie won NFL executive of the year, the Raiders also had the highest share of Black coaches, at 82.3%. 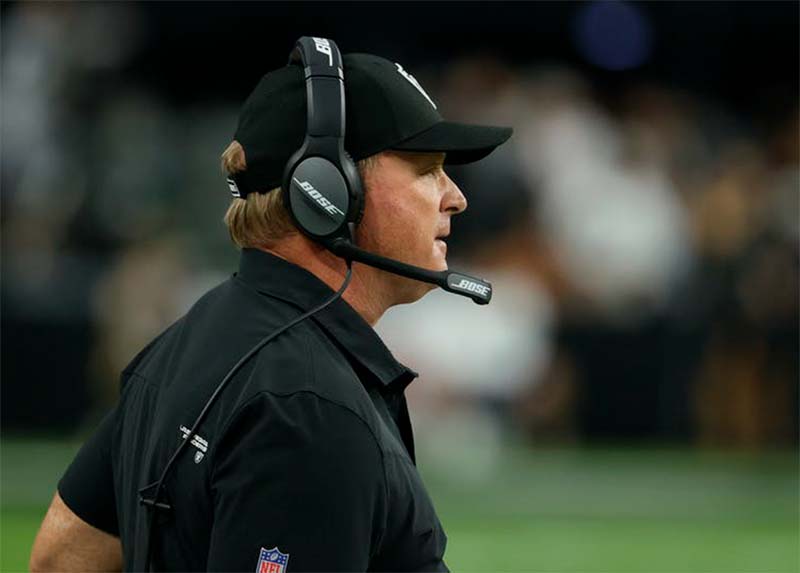 Raiders Head coach Jon Gruden was fired during the 2021 season after revelations he sent racist and homophobic
emails. Photo by Ethan Miller/Getty Images

Following the 2018 season, the Raiders fired McKenzie and brought in a white head coach, Jon Gruden, and a white general manager, Mike Mayock. The percentage of Black players has decreased every year since. In 2021, in one of the most damaging blows to the NFL in recent memory, Gruden resigned after it was discovered that he made racist and homophobic comments after an analysis of thousands of emails sent to NFL executives and others. Mayock was fired after the season, too. At the same time, the percentage of Black players on the Raiders roster dropped to 67.2%.

Though the study on the Raiders focuses on players, organizational scholars have consistently shown that people are most likely to hire others who are of the same race. Bias among decision-makers can affect the diversity of the organization.

Finally, societal factors make a difference, the most prevalent of which are systemic forms of racism, meaning racial bias at the community, state and national levels. Societal factors reflect people’s collective racial biases, as well as the racially tinged laws, policies and norms embedded in societies’ institutions.

A focus on systemic racism moves beyond individual actors and prioritizes the societal patterns of prejudice and discrimination. For example, my colleague and I have shown that county-level racism is predictive of fans’ reactions to Black Lives Matter protests by NFL players.

Systemic racism has an enduring impact that can affect people years later. Researchers have shown that counties most dependent on slavery in 1860 also have high levels of racism today. As systemic racism increased in these counties, Black residents’ poverty rates increased and their social mobility decreased.

Given the impact of systemic racism across all elements of society, it is hardly surprising that NFL coaches, analysts and scholars – including those in media studies, sport studies, sociology, sport management, and behavioral science – point to systemic racism as a reason for the lack of Black coaches in the league.

The evidence is clear: Organizations, their leaders and systemic racism all contribute. Until structural change occurs, the pattern will continue.